Jasprit Bumrah’s ‘no’ to blame game 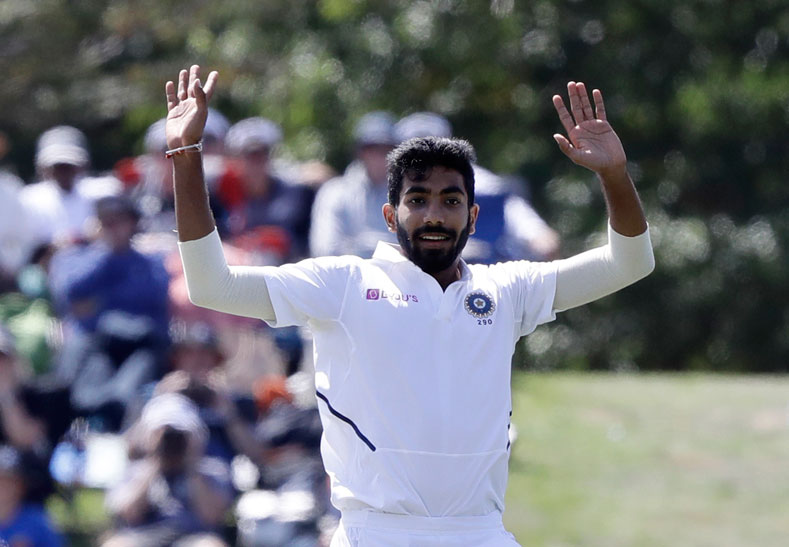 The good work done by the India bowlers was not complemented by their batsmen, but Jasprit Bumrah is not interested in playing the “blame game”.

Bumrah and Mohammed Shami took seven wickets between themselves to bowl out New Zealand for 235 in their first innings. But then India themselves lost six wickets in the final session to hand over the advantage to the Black Caps on the second day.

India were staring down the barrel as they struggled to 90 for six in their second innings at stumps on Sunday for an overall lead of 97 runs.

“See we don’t play the blame game. In our (team) culture, we don’t look at blaming anyone. Some days if as a bowling unit we don’t pick up wickets, then that doesn’t give the batsmen liberty to take our case, isn’t it?” asked Bumrah, trying to defend the dismal show by the top-order India batsmen.

While took three for 62 in New Zealand first innings, Shami picked up four for 81.

Hanuma Vihari (batting 5) and Rishabh Pant (batting 1) were at the crease at the end of the day and Bumrah said that he has faith in the duo’s ability to thwart the opposition on the third day. “We, as a team, want to push it hard and do well but the situation is what it is. We have two batsmen left and we would look to push on the third day as well. We can try and work hard and score as many as we can and we will see how it goes,” said Bumrah.

“We, as a unit, are very close and we are working hard. We lost more wickets than we wanted to but we don’t play the blame game and we try to keep everyone together,” he insisted again.

On the personal front, Bumrah had copped a bit of criticism for his dry spell in the ODI series as well as the first Test, but the pacer said that he doesn’t bother as long as he knows that he is bowling well.