Only a stubborn Jermaine Blackwood, who defied New Zealand in the first game to score his second Test century 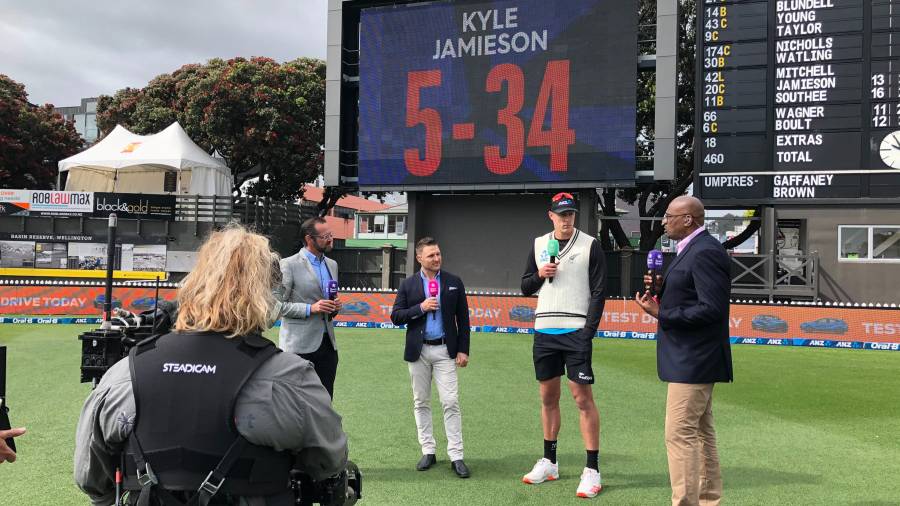 Day review with Kyle Jamieson and @sparknzsport ’s @sumostevenson , @Bazmccullum and @irbishi at the @BasinReserve ahead of the third day in Wellington
@BLACKCAPS
Reuters   |   Wellington   |   Published 13.12.20, 03:41 AM

Kyle Jamieson took his second five-wicket haul as New Zealand ripped through the West Indies batting line-up to leave them in dire straits on 124/8 at the close of play on Day II of the final Test at the Basin Reserve.

Only a stubborn Jermaine Blackwood, who defied New Zealand in the first game to score his second Test century, provided any real resistance before he became Tim Southee’s third wicket about 30 minutes before stumps.

New Zealand had been dismissed after lunch, with Henry Nicholls hitting a career-best 174, while Neil Wagner finished on a pugnacious 66 not out — his first Test half-century.

Southee dismissed Kraigg Brathwaite and Darren Bravo cheaply before Jamieson ripped the heart out of the Windies’ remaining top order in his first over. He had John Campbell caught at second slip by Tom Latham and then bowled Roston Chase for a golden duck.

With his side reeling at 29/4, Blackwood was struck on the pad on the hat-trick delivery but given not out by umpire Chris Brown, with the television review upholding the decision.