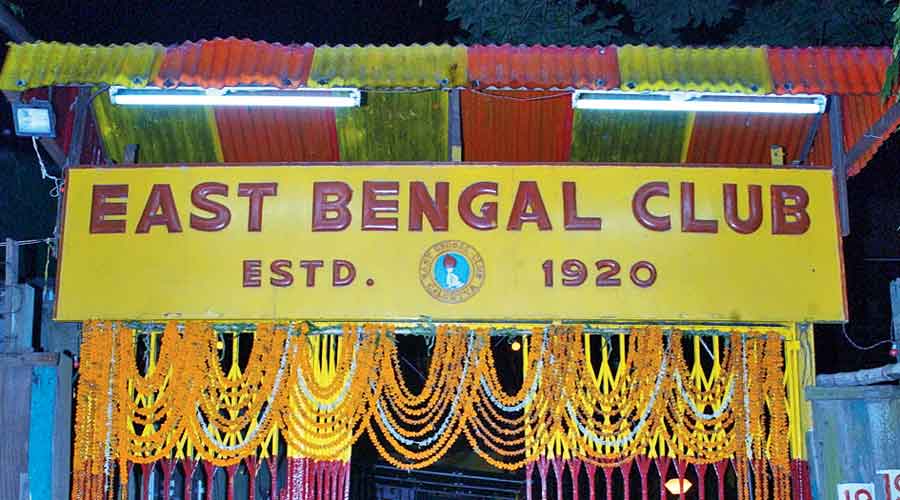 With the deadlock between Shree Cement and the club over the signing of the final agreement still continuing, it remains to be seen if the investor provides the guarantee to the ISL organisers — Football Sports Development Limited (FSDL).
File picture
Angshuman Roy   |   Calcutta   |   Published 12.06.21, 02:40 AM

SC East Bengal’s future in the Indian Super League (ISL) is under the scanner as Monday’s deadline looms for investor Shree Cement to furnish the bank guarantee of Rs 180 crore to the organisers.

With the deadlock between Shree Cement and the club over the signing of the final agreement still continuing, it remains to be seen if the investor provides the guarantee to the ISL organisers — Football Sports Development Limited (FSDL).

“The investor will definitely need legal documents before giving the bank guarantee to FSDL. It’s not a matter of Rs 1 lakh or 2 lakh… It’s Rs 180 crore,” a source told The Telegraph.

The bank guarantee was not given last year as there was no definitive agreement — only the term sheet was signed on September 1 last year and chief minister Mamata Banerjee announced the club’s ISL entry the next day — and it was agreed upon that it would be done at a later point.

“Will not be surprised if FSDL goes ahead with ISL 8 without East Bengal. If the agreement is not signed then Shree Cement is willing to give back the sporting rights to the club along with the liabilities as existed before September 1 last year (when it was Quess East Bengal) and also after Shree Cement took over.

“That means players and support staff who have multiple-year contracts with SC East Bengal will become the club’s liabilities. The club also need to repay the investment made by Shree Cement last season, which amounts to more than Rs 50 crore,” the source added. Coach Robbie Fowler and his Indian assistant Rennedy Singh have two-year deals.

Compounding the woes, Fifa slapped a transfer ban on the club last Tuesday. That was due to non-payment of salary to Johnny Acosta. And then came another letter asking the club to pay up money due to Jaime Santos Colado. Both wore the red and gold jersey when Quess was on board.

The Fifa letter, a copy of which is with The Telegraph, is damning. It says despite invitations, the club did not bother to put forward its case in the Jaime issue.

The club has also not cleared the dues of some of the Indian players.

And there is more trouble. Kassim Aidara, another footballer from the Quess East Bengal days, is going to Fifa with his grievances.