The bottom-placed side finally finished 42 runs short of the target, courtesy Pandey’s unbeaten 69 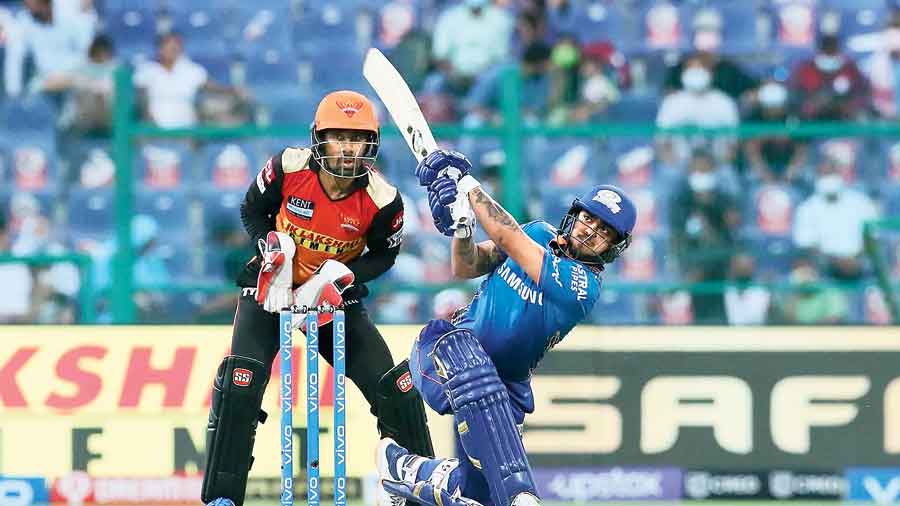 Man of the Match Ishan Kishan of Mumbai Indians during his 32-ball 84 against Sunrisers Hyderabad in Abu Dhabi on Friday.
Picture courtesy IPL
Indranil Majumdar   |   Calcutta   |   Published 09.10.21, 01:01 AM

Mumbai Indians needed a miracle to dislodge Kolkata Knight Riders from sealing a play-offs berth on Friday. Ishan Kishan and Suryakumar Yadav’s batting spectacle in Abu Dhabi propelled the five-time champions to 235 for nine, their highest total in IPL.

That though proved to be too little in the end. For Rohit Sharma’s men to advance, a second string Sunrisers Hyderabad, led by Manish Pandey, had to be dismissed for 65 or less. The bottom-placed side finally finished 42 runs short of the target, courtesy Pandey’s unbeaten 69.

By the time the last Powerplay over got over, Mumbai’s dreams lay shattered. The Knights had cruised into the play-offs as the fourth team. 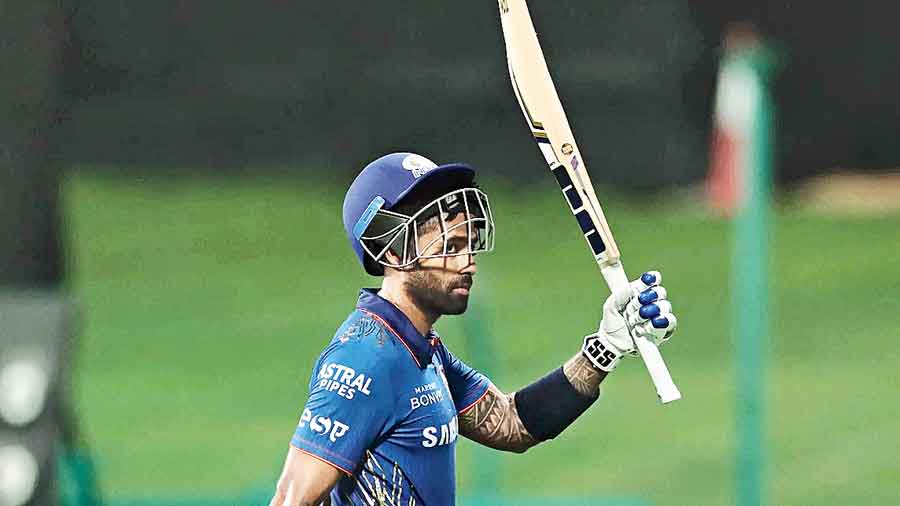 Mumbai Indians’ Suryakumar Yadav acknowledges the ground as he walks back after his dismissal on 82.
Picture courtesy IPL
Ishan’s pyrotechnics

Sometimes an innings can do wonders to your confidence. Ask Kishan.

The wicketkeeper-batter had been struggling to find form with a mere 107 runs from eight matches in this IPL. He was dropped for two matches and when he returned against Rajasthan Royals, he excelled in his opening role — an unbeaten 50 off 25 balls.

He continued in the same vein on Friday, completing his half-century from just 16 balls. Only three other batters have done it off fewer balls in the IPL — KL Rahul (14 balls), Yusuf Pathan (15 balls) and Sunil Narine (15 balls).

There was no surprise when Rohit won the toss and decided to bat. The openers got the innings off to a flyer, Kishan slog sweeping Mohammad Nabi’s second ball for a six. Four successive boundaries followed in the next over.

There was no stopping Rohit and Kishan as Jason Holder went for 18 in an over. Kishan was severe on anything pitched short as he pulled with disdain — 52 of his runs coming in the arc between mid wicket and long on.

Kishan’s whirlwind 84 off 32 balls came to an end when he nicked one behind. While 65 of those runs came through the leg side, 19 were scored on the off, with 11 boundaries and four sixes. 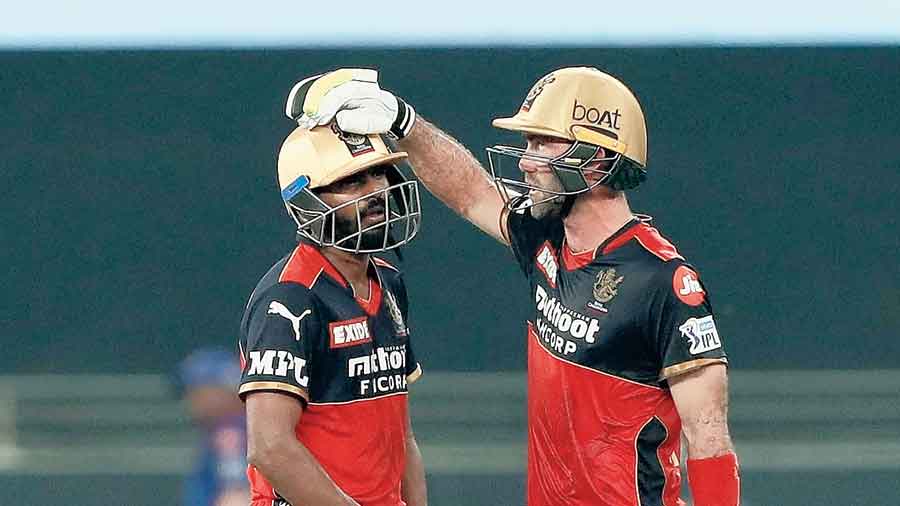 Suryakumar took over from where Kishan had left. One of the prime factors why Mumbai Indians failed to make an impact was because of the failure of Kishan and Suryakumar, who had held the innings together on several occasions. 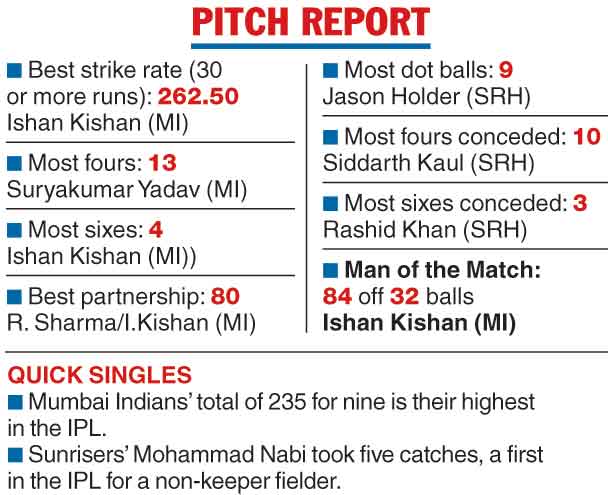 While Kishan’s innings was about brute power and slogging, Suryakumar (82 off 40 balls) relied on flair and timing.

Kishan and Suryakumar’s return to form may have come a bit late in the day for Mumbai Indians but it will serve as good news for Team India ahead of the T20 World Cup.