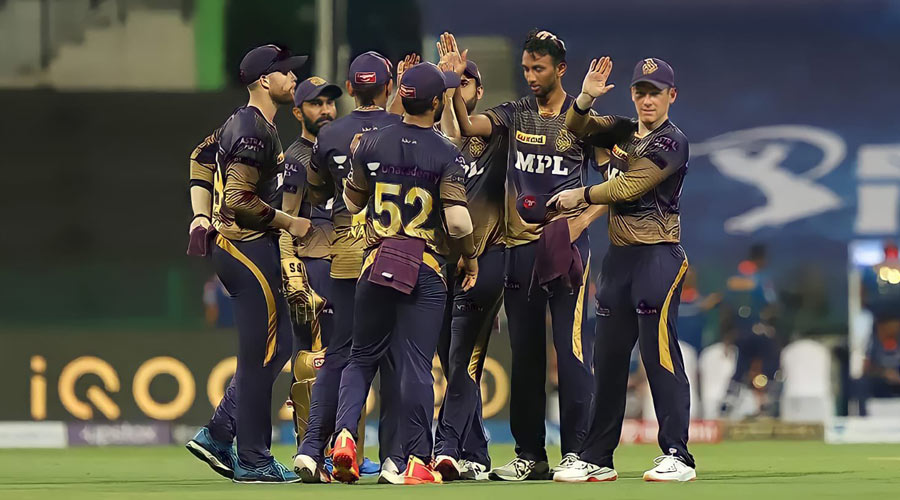 Kolkata Knight Riders captain Eoin Morgan feels the team has finally managed to play the sort of aggressive cricket that coach Brendon McCullum has been trying to imbibe in the players.

“Well it’s been a long time coming. Since Baz (McCullum) took over last year, the way we have played in the last two games is the way our coach wants us to play. It suits our talent to play this way. To hold such a strong Mumbai Indians side to 155 and chase this down gives us confidence,” said Morgan on Thursday.

“Fitting Venkatesh Iyer into our XI has been difficult with a lot of talented guys, and it’s fantastic the way he’s scored his runs. In the practice games too he has gone on to play this way. Sunil Narine and Varun Chakravarthy are two formidable bowlers.

“Sunil has been integral to KKR winning when they’ve done. Varun is the fresh guy. The first two games in this phase have been the template for us to play. There’s only one way for us to go in the points table and that is upwards,” the captain remarked.

Man of the Match Narine, a surprise pick, said he was reaping the rewards of his remodelled action. “I’m coming off a good amount of cricket in the CPL and The Hundred. It’s getting better and better. It has taken me a while with this new action and I have put in a lot of work into it. Getting Rohit out in any form of cricket is good… he is a key wicket for Mumbai,” said Narine.