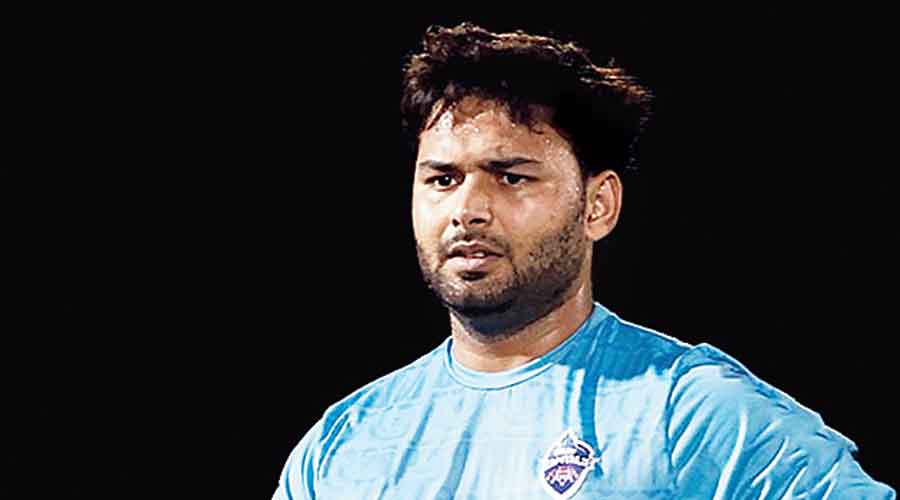 Delhi Capitals skipper Rishabh Pant rued that the team fell short by ten runs against Kolkata Knight Riders but asserted that the bowling unit doesn't need a "massive change" despite the three-wicket defeat on Tuesday.

The KKR bowlers restricted Delhi Capitals to a meagre 127 for nine before their batting unit overhauled the target in 18.2 overs.

"I think we were 10 short, not much. We knew wicket would slow down in the second innings. But every team is trying to win the match," Pant said at the post-match presentation.

The Delhi batters struggled with only Pant (39) and openers Steve Smith (39) and Shikhar Dhawan (24) managing the double digits scores.

"Batting was pretty difficult for new batters. We wanted to capitalise in the end with the bat, but we lost wickets and ended up 10 short," Pant added.

The skipper was "really happy" with the team's bowling display.

Winning skipper Eoin Morgan was "delighted" by his team's performance.

"It's tough playing two day games in three days but delighted to get a couple of points. Winning toss and fielding is not an easy thing to do.

"Guys were more calculated today, and it came off. When the outfield is slow, if you are cagey it can come back to hurt you," Morgan said.

"Both sides played the game hard. On a hot day, things can boil over. Thankfully it didn't."

The victory helped the two-time champions, who have won three of their last four games since the resumption of the league, consolidate the fourth spot and Morgan credited head coach Brendon McCullum for the way the team has performed.

"We all played in the right spirit. And its a tough contest against Delhi Capitals. Full credit has to go to our coach Brendon McCullum. It's his ethos, his mindset, and the boys have bought into that."

Sunil Narine was adjudged the Player of the Match for his all round performance. He snared two wickets, including the crucial one of Shreyas Iyer, while giving away only 18 runs before smashing a 21 off 10 balls.

"Watching a few games here, knew there's a bit of spin here. Didn't want to get too full. I've been through a lot.

"Need to give credit to bowling coach, that's a plus and that's been key for me to come back," Narine said.