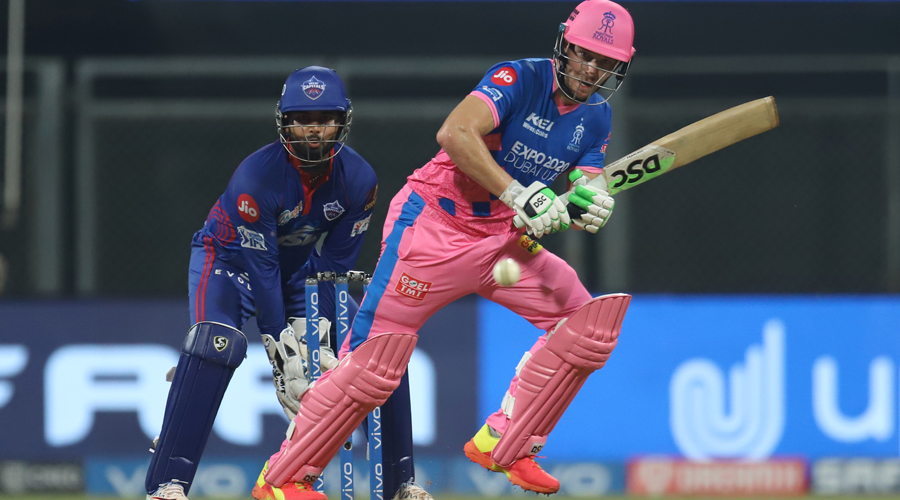 Chris Morris emerged as the IPL’s most expensive player after this year’s mini auction when Rajasthan Royals picked him for Rs 16.25 crore. The South African’s bowling was supposed to be his forte but on Thursday his unbeaten 36 off 18 balls took the Royals to a three-wicket victory over Delhi Capitals at the Wankhede in Mumbai.

Chasing 148, David Miller’s 62 off 43 balls had laid the foundation for the chase after a top-order failure which saw them being reduced to 52 for five in 10 overs.

The wicket played its part too with dew making strokeplay easier in the second session. Miller opened the floodgates but it was an unbroken 46-run partnership between Morris and Jaydev Unadkat that showed Royals the path to victory.

Batting had been tough on this wicket where the ball was stopping and coming. The wait for the first six ended after 35.2 overs when Miller whipped Avesh Khan over deep mid wicket and followed it up with a flick behind square. But in an attempt to complete a hat-trick of sixes, he holed out to long-on.

Royals needed 44 off 25 balls when Miller departed. Unadkat joined Morris and both the batsmen made their intentions clear.

After hitting a six off Chris Woakes in the 17th over, Unadkat survived a run-out chance in the next. The all-rounder slipped halfway down the track but Pant failed to collect the ball en route to whipping the bails off.

Thereafter Morris took charge. The first of his four sixes came in the 19th over when he hoicked Kagiso Rabada over mid-wicket and long-leg.

Twelve were needed off the last over and Morris swung Tom Curran over square to bring the equation down to four off four balls. A ball later, a full toss was clobbered for another six to seal it off with two balls remaining.

Sanju Samson is proving to be an inspirational captain. Despite the absence of Jofra Archer and loss of Ben Stokes to an injury in the previous game, the Royals never let their guard down. The left-arm pace duo of Unadkat (3/15) and Mustafizur Rahman (2/29) ran riot, restricting Capitals to 147 for eight.

It was mainly because of Pant’s 51 off 32 balls that Capitals staged a recovery from 37 for four in the seventh over. While Unadkat removed the top-three comprising Prithvi Shaw, Shikhar Dhawan and Ajinkya Rahane, the Bangladesh pacer accounted for Marcus Stoinis. Capitals never really recovered from that blow.

Returning to the XI, Man of the Match Unadkat made good use of the carry and movement on the Wankhede pitch. His intelligent change of pace prompted a leading edge from Shaw after the openers had been kept quiet for 11 balls.

Dhawan’s penchant for going across to the off side in his batting crease and trying to scoop the ball on the leg didn’t pay off. The opener failed to connect properly and Samson flying to his right held on to a stunning one-handed catch.

Unadkat was on a hat-trick, having removed Shaw off the last ball of the previous over, but No. 4 Pant hung on.

There was not much relief though. Rahane decided to give Unadkat the charge in an attempt to step up the run-rate but failed to read the slower delivery and ended up offering a simple catch to the bowler.

Stoinis departed in the next over but Pant held the innings together with an attacking display. The Capitals captain whipped Rahul Tewatia for 20 runs and was looking ominous before being run out.

Capitals still managed 45 runs from the last five overs mainly due to some lusty hitting from Woakes and Curran. But all that proved to be too little in the end.