Injury forces Neeraj Chopra to opt out of CWG

After his silver medal-winning feat in the World Athletics Championships, the Tokyo Olympic Games champion had complained of stiffness in his right thigh 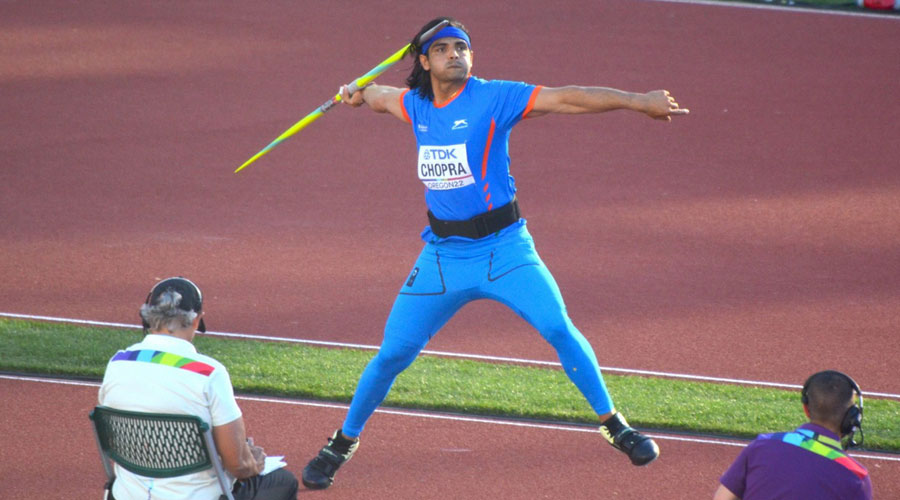 After his silver medal-winning feat in the just-concluded World Athletics Championships in Eugene on Saturday, the Tokyo Olympic Games champion had complained of stiffness in his right thigh. He had woken up with soreness and stiffness on Sunday and after the uneasiness persisted he underwent an MRI in Eugene on Monday morning (US time).

Once the reports came in, Neeraj was advised a month’s rest. That also puts his participation in the Lausanne leg of the Diamond League on August 26 in serious doubt. “Team India javelin thrower Mr Neeraj Chopra had called me earlier today (Tuesday) from the US to convey his inability to take part in the Birmingham 2022 Commonwealth Games owing to fitness concerns. Following his participation in the 2022 World Athletics Championships in Eugene, Mr. Chopra had an MRI scan done on Monday and, based on it, he has been advised a month’s rest by his medical team,” Indian Olympic Association secretary Rajeev Mehta said in a statement.

Neeraj, who had won gold in the 2018 Gold Coast Commonwealth Games, was a medal favourite in this edition too. He was expected to reach the final, which would have coincided with the first anniversary of his Tokyo gold medal win on August 7. The world was also waiting for another duel between Anderson Peters of Grenada and the 24-year-old from Panipat after Saturday’s clash in Eugene. Peters ran away with the gold medal with a best throw of 90.54 metres.

Neeraj was also set to be India’s flag-bearer for Thursday’s opening ceremony in Birmingham. After Saturday’s final, Neeraj had said would be able to gauge the extent of his injury once his body cooled down but had added that he would be fine for the Commonwealth Games. “I thought even the fourth throw could have gone further. After that, I felt something on my thigh and could not do my best in the next two. I had strapping (on the right thigh). I will know the status tomorrow morning because my body is still warm after the event. I hope there should not be any issue for the upcoming events, Commonwealth Games,” he had said at the post-event news conference.

Ever since his elbow injury three years ago, which kept him out of the field for a prolonged period, Neeraj had become wary of pushing himself if he felt even an iota of discomfort. “He has become very conscious of his body after the elbow operation. At this point in time all we can say is a month’s rehabilitation should be fine with him,” a source said.

The celebrations that followed his Olympic Games gold medal win had delayed Neeraj’s return to competitive events. His first event came after 10 months in the Paavo Nurmi Games in Finland on June 14.

In Neeraj’s absence, the onus will now be on youngsters Rohit Yadav and DP Manu to keep the Indian flag flying. They will have an uphill task in the presence of Peters, 2012 Olympic champion Keshorn Walcott and Pakistan’s Arshad Nadeem, who finished fifth in Eugene. Yadav had qualified for the final of the world meet where he finished 10th overall. Manu has a personal best of 84.35 metres, while Yadav’s is 82.54m. Neeraj’s injury will also peg him back for Diamond League glory, which he calls “unfinished business”. He had finished second in Stockholm on June 30 with a throw of 89.94 metres and was eyeing a good performance in Lausanne.