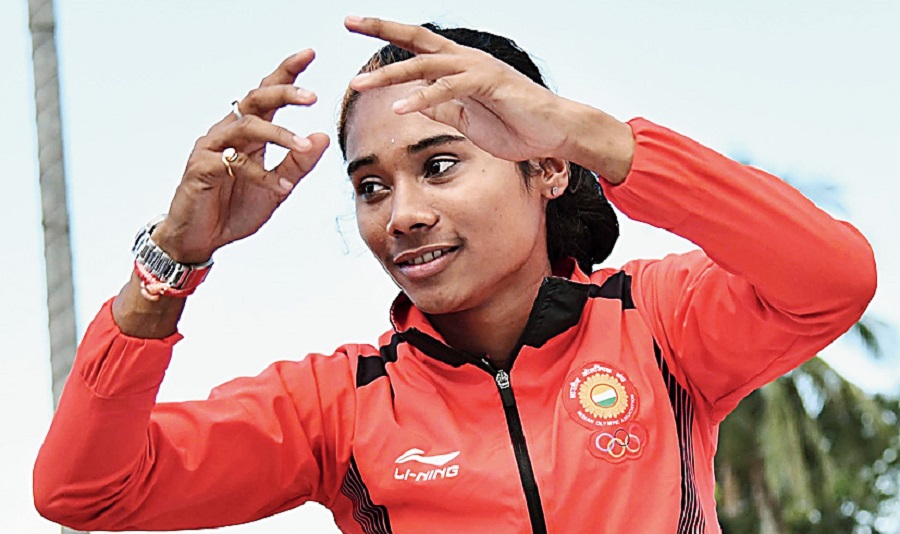 The Indian medals tally at the 2018 Asian Games was augmented on Thursday, with the 4x400m mixed relay team's silver medal being upgraded to gold and Anu Raghavan's fourth-place finish in the women's 400m hurdles event changing to bronze.

The relay quartet of Mohammed Anas, MR Poovamma, Hima Das and Arokia Rajiv earned the gold after disqualification of original winners Bahrain as one of their participants, Kemi Adekoya, was handed a doping ban.

"I am really happy to see this surprise today. Such things always motivate us to work harder," Hima told The Telegraph from Patiala on Thursday.

Adekoya was handed a four-year ban by the Athletics Integrity Unit (AIU) for failing a dope test. She had also won the women's 400m hurdles and was stripped off that medal too, giving the bronze to Raghavan.

Athletics Federation of India (AFI) president Adille Sumariwalla, in a statement, said: "The additional medal takes our tally to 20, including eight gold and nine silver.

"The news comes as a fillip to us as we are aiming to build on the Asian Games showing and make a mark at the global level in the Olympic Games in Tokyo next year."

The Indian team had originally finished second to Bahrain with a time of 3:15.71.

India are now the first winners of the event introduced in the Asian Games in 2018 in keeping with the international bid to find gender balance.