Chasing a 273-run target in front of a packed house, Virat Kohli’s men could manage only 237 and Australia won the game 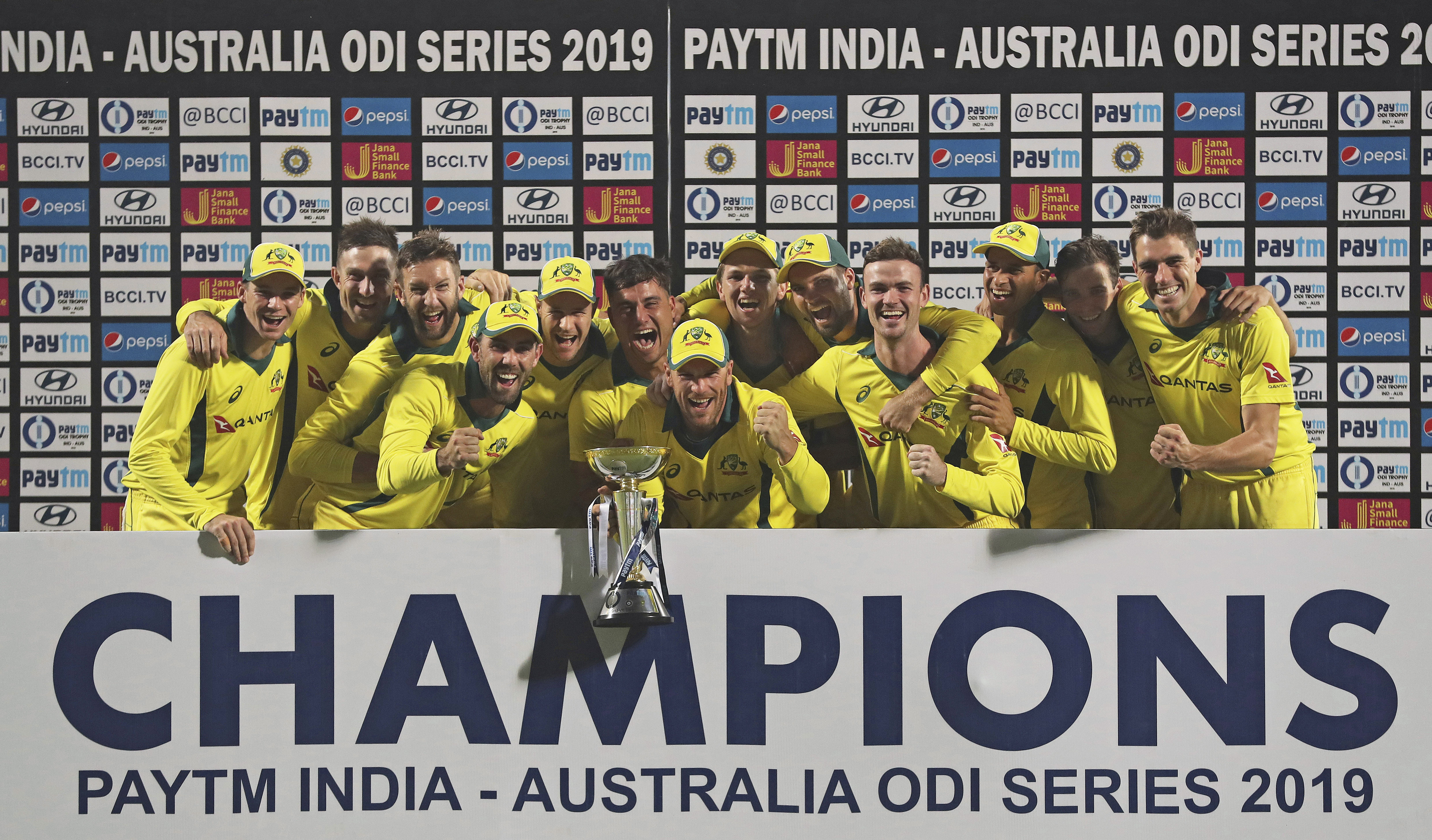 India’s top order failed to set the tone for a successful chase as Australia clinched a fantastic series win at the Kotla on Wednesday.

Chasing a 273-run target in front of a packed house, Virat Kohli’s men could manage only 237 as the visitors won the game by a comfortable 35-run margin and sealing the series 3-2.

Leg-spinner Adam Zampa (three for 46) played a key role in the Australian win as he dismissed Rohit Sharma (56), Vijay Shankar and Ravindra Jadeja. Rohit and Jadeja were stumped by wicketkeeper Alex Carey.

Kedar Jadhav (44) and Bhuvneshwar Kumar (46) stitched a fighting 91-run stand for the seventh wicket, but it was not enough in the end.

Earlier, Indian bowlers did a good job in the middle overs to restrict Australia to 272 for nine after the visiting team won the toss and opted to bat first. Going great guns at 175 for one, Australia looked good enough for a 300-plus score, but lost their way after the dismissal of opener Usman Khawaja (100) in the 33rd over.

In the end, though, the Australians broke into celebrations after a hard-fought series win. A series they certainly deserved to win...

Having lost the first two ODIs, it appeared as if India were set for another easy series victory at home, but Australia stormed back to win the last three matches in Ranchi, Mohali and now here at the Kotla.

It was also a big blow for the Indians, who played their last ODI series before the World Cup in England and Wales.

Despite the losses in Ranchi and Mohali, Indian batsmen had still managed to do a decent job in those two matches. But on Wednesday, they fumbled at every stage after the bowlers managed to keep Australia under check.

Not a single good partnership could be stitched by the Indian top order. They lost wickets at regular intervals that added to the pressure.

Much was expected from the three Delhites in the team — Shikhar Dhawan, captain Virat Kohli and wicketkeeper-batsman Rishabh Pant. Unfortunately, all three failed with the bat and departed at crucial junctures.

After Dhawan departed in the fifth over, the dismissal of Kohli was heartbreak for the spectators. He started well with a classy hit to the fence, but returned to the pavilion in the 13th over off medium pacer Marcus Stoinis. The extra bounce in the delivery caught the Indian captain off-guard and he was taken behind the wicket, scoring 20.

Whatever hopes India were left with after Kohli’s departure vanished with the dismissals of Pant, Vijay Shankar and Rohit. The decision to promote Pant to the No. 4 position in the batting order backfired. He managed only 16 runs.

Shankar, on the other hand, was over-ambitious and that cost him his wicket even after he was set. In the 25th over, Shankar came up with a huge six off Zampa. The next ball was shorter and faster, Shankar went for another big swing and all he managed to do was hole out to Usman Khawaja in the deep.

Rohit was fighting a lone battle at the other end. He took it upon himself to play the role of a sheet anchor, but it was not his day. Twice he was dropped, but he eventually perished off the bowling of Zampa. Completely beaten by the flight, the bat too slipped out of Rohit’s hands while Carey did a brilliant job behind the wickets.

During the Australian innings, the visitors were reduced to 229 for seven by the 45th over after being 175 for one at one stage. Jhye Richardson (29) and Pat Cummings (15) came up with a mini rescue in death overs as they added a vital 34 for the eighth wicket, before Cummins was caught and bowled by Bhuvneshwar.

While the Indian bowlers dominated the later part of Australian innings, Khawaja was undoubtedly the hero at the Kotla for the first 33 overs. A solid Test batsman, Khawaja had no century against his name when he arrived in India for the ODI series. He finished with two going on to be adjudged both Man of the Match and Man of the Series. His first hundred had come in Ranchi.

On Wednesday, he played with awesome fluency to score 100 in 106 deliveries, hitting 10 fours and two sixes. Initially, the Indian bowlers were all at sea against him as he played brilliant shots all around the wicket.

So confident was the left-handed opener that in one particular over from Jadeja, he picked up runs through reserve sweeps in three deliveries on the trot.