The home spinners precipitated a middle-order collapse with India losing their remaining wickets for only 78 runs to be bundled out for 225 in 43.1 overs 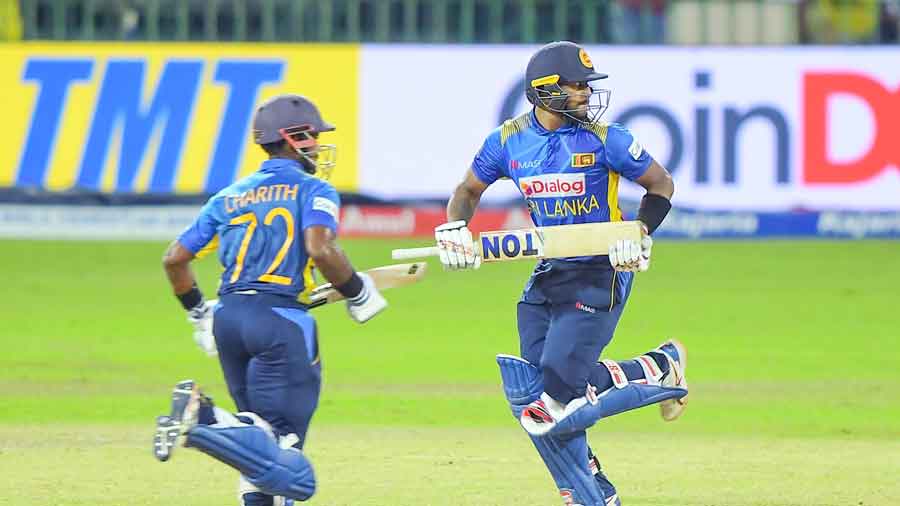 If this series was about experimenting, India’s youngsters have certainly learnt a lesson or two. On Friday in the final ODI in Colombo, India were firmly in control at 147 for three in 23 overs. A one-and-a-half hour’s rain break, however, turned things around for Sri Lanka.

The home spinners precipitated a middle-order collapse with India losing their remaining wickets for only 78 runs to be bundled out for 225 in 43.1 overs. The match had been reduced to 47 overs but none of the Indian batsmen showed the temperament to last the distance, falling prey to the spinners’ guile.

Sri Lanka reached the target in 39 overs. Avishka Fernando (76) and Bhanuka Rajapaksa (65) were the top scorers in their three-wicket victory. Rahul Chahar took 3/54 on debut.

Prithvi Shaw (49), Sanju Samson (46) and Suryakumar Yadav (40) showed the desire to fight before the break but thereafter it was a meek surrender. Praveen Jayawickrama and Akila Dananjaya bagged three wickets apiece.

With the series already in their pocket, India coach Rahul Dravid rejigged the line-up with five players making their debut. The only other time when India had five debutants in an ODI was against Australia in December 1980 at the MCG.

India had been reduced to 195 for eight in the 33rd over but a 29-run ninth wicket stand between Rahul Chahar and Navdeep Saini gave the innings some respectability.