India in comfort zone with eye on T20 Cup 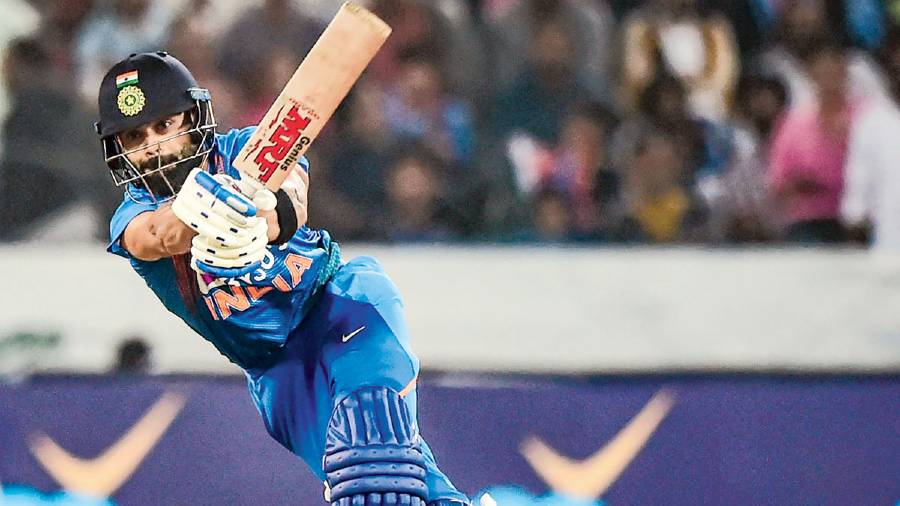 Virat Kohli and Ravi Shastri may consider young off-spinner Washington Sundar, who too came up with crucial spells for Royal Challengers Bangalore in the UAE.
PTI File picture
Our Bureau   |   Calcutta   |   Published 04.12.20, 02:38 AM

With most of their players having a decent run in the IPL, Team India should be finding themselves more at ease as well as in a better space in the T20I series which begins at the Manuka Oval in Canberra on Friday. And that’s irrespective of how things transpired in the just-concluded ODI leg of the tour.

Australia will, of course, be in a good frame of mind. Aaron Finch & Co dominated the ODIs and could even have inflicted a 3-0 sweep on the Indians but for some momentary lapses in the final game.

But looking at the larger picture, both teams would be looking to figure out the right combination for them and get their house in order in the lead-up to next year’s T20 World Cup. In other words, this T20I series could kick-start India and Australia’s preparatory phase for the showpiece event in 2021.

For India, they have more options when it comes to the shortest format. To speak of their bowling attack first, the workload management of Jasprit Bumrah and Mohammed Shami is an important aspect with less than a fortnight to go for the high-octane Test series.

Navdeep Saini too is in India’s scheme of things for the Tests, so to bring him back in the XI would be a tricky call for the team management. The visitors may thus include both Deepak Chahar and T. Natarajan in the XI and rest either Bumrah or Shami if need be.

Considering how Natarajan bowled in his debut ODI, especially the way he came back after being belted by Glenn Maxwell in the slog overs, it’s fair enough to put him in the XI. The left-arm quick did prove to an extent that his IPL performance for Sunrisers Hyderabad wasn’t a fluke. Talking of Chahar, he may not have been outstanding in the IPL, but his figures in the shortest format are impressive. Besides, Virat Kohli and Ravi Shastri may consider young off-spinner Washington Sundar, who too came up with crucial spells for Royal Challengers Bangalore in the UAE.

Whether Yuzvendra Chahal comes back or Kuldeep Yadav continues also remains to be seen.

Batting-wise, KL Rahul looks likely to open alongside Shikhar Dhawan, with the skipper at No. 3, followed by Shreyas Iyer, Manish Pandey, Hardik Pandya and Ravindra Jadeja.

Jadeja’s all-round abilities will again assume importance, as Hardik is still being looked at as a specialist batsman on this tour.

The Aussies will be without both David Warner and Pat Cummins, while Marcus Stoinis’ availability continues to be doubtful. But it’s Cummins’ absence that doesn’t go down too well with Brett Lee, who fears the ace pacer’s rhythm could be affected.

“I would have thought after a couple of games, they shouldn’t be tired. I always found that for my rhythm. The more games I played, the better rhythm I had,” Lee told Fox Sports.