I was nervous, says Ronaldo after 2nd debut at Manchester United 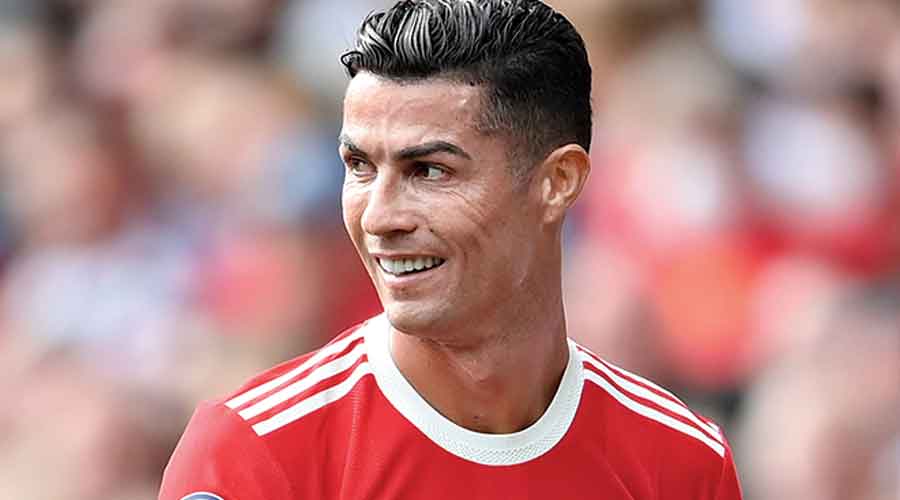 Cristiano Ronaldo has scored nearly 800 goals for club and country and won numerous trophies in a 19-year career but the Portuguese forward admitted having butterflies in his stomach ahead of his second debut at Manchester United on Saturday.

Ronaldo, who scored 118 goals for United during his first stint, netted twice on his return in a 4-1 win over Newcastle United at Old Trafford that sent the Manchester club to the top of the Premier League standings.

“I was really nervous, maybe I did not show it,” Ronaldo said. “The reception was incredible. I was thinking last night that I wanted to show I’m still capable of helping the team. When I started the game, I was super nervous when they were singing my name but this crowd is unbelievable.”

Ronaldo, who won eight major trophies with United, has rejoined the club that has failed to win the league title since they last lifted it in 2013 under his former manager Alex Ferguson.

The Portuguese forward said Ole Gunnar Solskjaer has the tools to win the league as well as the Champions League but added the team needed maturity.

“We have a fantastic team, a young team and a fantastic coach,” Ronaldo said. “But... we have to build up confidence. The team needs to be mature if it wants to win the Premier League and Champions League.

Solskjaer, who played with Ronaldo towards the end of his career, said he had no hesitation in throwing the Portuguese striker straight into his side for his first game since his move from Juventus last month.

“I’m so happy for him, so happy for the team, the supporters, you can sense the atmosphere around the club since Cristiano signed but it could so easily have been an anti-climax because expectations were so high — but he has delivered again,” said the Norwegian.

Asked about the atmosphere at the ground — where fans stayed behind long after the whistle singing Ronaldo’s name — Solskjaer couldn’t resist the sense of nostalgia.

“It feels like the old days to be honest, it is special, Cristiano is a special man, a special player in the history of the club and coming here he has just shown his love for the club and the supporters love him, of course,” he said.

Solskjaer added that the 36-year-old has returned after 12 years an improved all-round product.

“He’s developed into a miles better footballer than when he was here, through the years. Sometimes he can drift up to the sides, you’re not going to use him as a battering ram. He likes to roam.

“He senses the big moments when to arrive in the box and I thought he played the game very, very mature. He gave one ball away. But he was very efficient with his football,” he said.