Advertisement
Home / Sports / I thank him for doing what I couldn’t for the country: Usha

I thank him for doing what I couldn’t for the country: Usha

The sprint queen said she had witnessed Neeraj win gold at the 2016 world junior athletics championship in Poland, where he had hurled the javelin 86.48 metres 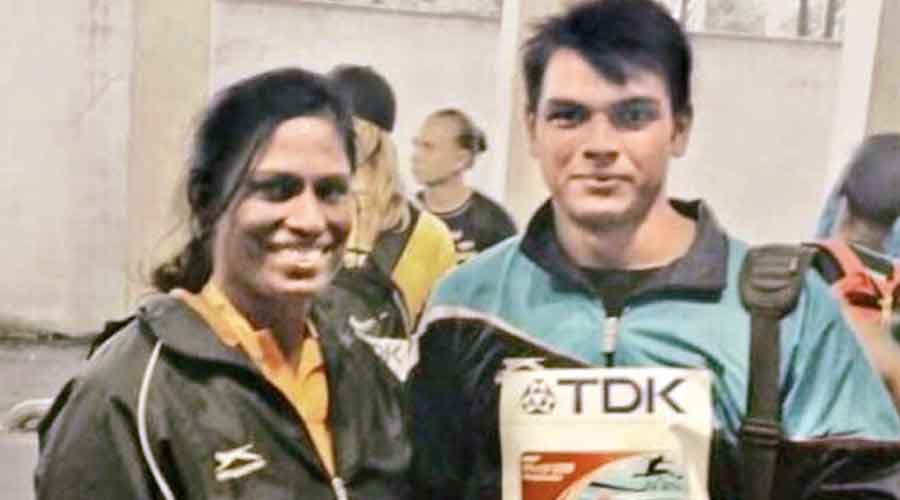 Sprint queen P.T. Usha wept in joy watching Neeraj Chopra succeed where she had failed 37 years ago, winning Independent India its first Olympic medal in athletics — and a gold to boot.

“I shed tears of joy when I saw Neeraj on the podium with a gold medal. It was that kind of a performance from this unassuming boy,” Usha, who had missed bronze in the 400m hurdles at Los Angeles 1984 by a hundredth of a second, told The Telegraph.

Usha said: “I thank him for doing what I couldn’t achieve for the country. I had expected a medal from him today. I knew he would stand on the podium with a gold after the first two throws. Having missed bronze by a hundredth of a second, I know what it means to win an Olympic medal.”

Usha said she had witnessed Neeraj win gold at the 2016 world junior athletics championship in Bydogszcz, Poland, where he had hurled the javelin 86.48 metres.

“It was Neeraj who made me fall in love with the javelin throw, mainly because of the beauty and grace with which he performs and the calm he maintains throughout, with absolutely no showboating,” Usha said.

She said winning a medal in athletics was particularly tough. “It’s not like any other discipline. There’s huge competition in each event. Then it all depends on what goes on in one’s mind at that given moment.”

Usha lauded Neeraj for staying focused throughout the event. “Neeraj was pitted against the best in the world and yet he overhauled all of them.... Just see how cool he was between throws and how confident he was while throwing.”