Advertisement
Home / Sports / Can the Olympics begin in July? This July?

Can the Olympics begin in July? This July? 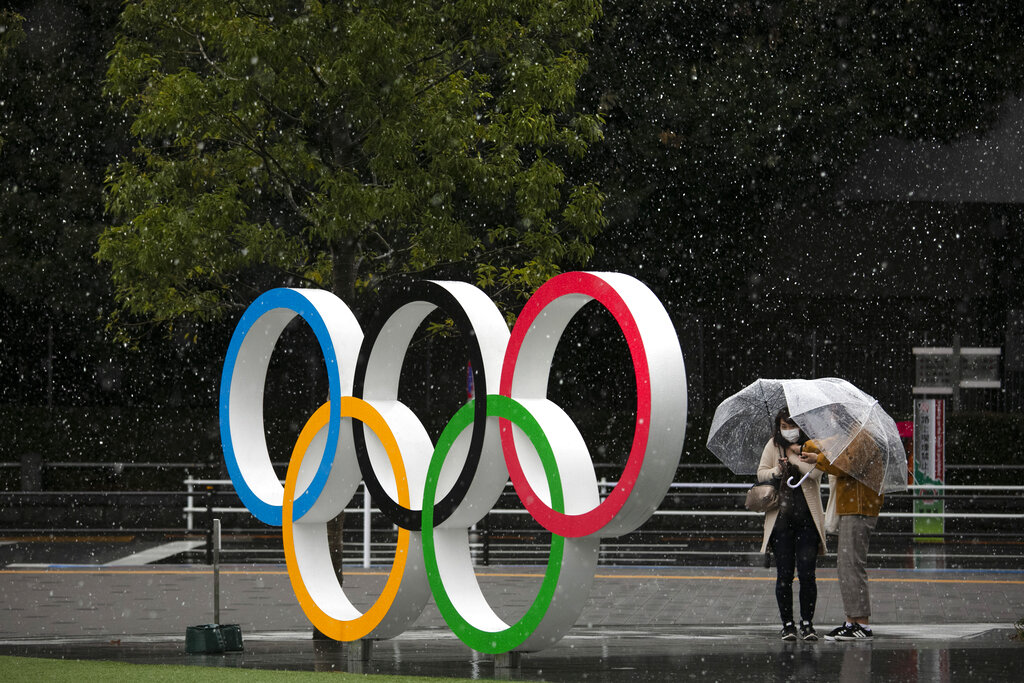 The coronavirus pandemic is bringing most of the world’s sports to a standstill. But one event that is still scheduled is the Tokyo Olympics, which are set to begin in late July.

Bach acknowledged an “unprecedented situation,” adding, “We are in solidarity with the whole of society to do everything to contain the virus.”

Bach said a working group focused on the challenges of the virus would continue to adhere to the two main principles:

That is going to be incredibly difficult.

The torch lighting in Greece went off as planned last week, while parts of Western Europe were shutting down. But Greece stopped the ensuing torch relay a day later because large crowds were gathering to watch. In any other year, the relay would be a cause for celebration. In the year of coronavirus, large crowds have come to be seen as giant petri dishes for COVID-19, the illness caused by the virus.

US actor Gerard Butler runs as a torchbearer during the Olympic torch relay of the 2020 Tokyo Olympic Games in the southern Greek town of Sparta, Friday, March 13, 2020.
AP

The Tokyo Olympic Organising Committee has been reluctant to even consider, at least publicly, the possibility of postponing the games. When one member of the organising committee’s executive board was recently quoted as saying a delay of a year or two was under consideration, the chairman of the committee, Yoshiro Mori, quickly held a news conference to reiterate that the games remained on track to open on time.

Japan’s Olympic minister, Seiko Hashimoto, said it was “impossible” that the games would be delayed. Then Monday, Shinzo Abe, Japan’s Prime Minister, said he had secured support from the leaders of the Group of 7 to hold the Tokyo Olympics and Paralympics “in their complete form.”

He did not give further details.

On Tuesday, Japanese media reported that a vice president of Japan’s Olympic committee tested positive for the virus.

The Olympics are a huge undertaking, many years and many billions of dollars in the making. Those economic considerations must be balanced with the health and safety of athletes and spectators, which officials insist they are doing.

“The money will have the least to do with the decision,” said Terrence Burns, a longtime consultant for Olympic host cities. “This choice is purely going to be made around athletes and public health and safety. They have no other choice.”

Still, no matter how great the stated desire to push ahead, it is becoming more difficult by the day.

Where might the virus hot spots be in July?

“I think we can assume a reduction in transmission rates linked to warmer temperatures as the summer approaches,” said Gerardo Chowell, a professor of mathematical epidemiology and chair of the Department of Population Health Sciences at Georgia State University.

But Chowell warns that “it is unlikely that warmer weather alone will sufficiently control the epidemic in temperate areas without additional social-distancing interventions.’’

Also, would a reduction in transmission rates be enough? The 15 countries with the most coronavirus cases sent more than 4,000 athletes — out of a total of 11,000 — to the Rio Games in 2016.


At the same time, the virus will likely start to spread in the Southern Hemisphere as temperatures there start to drop
- Gerardo Chowell, chair of the Department of Population Health Sciences at Georgia State University


“At the same time,” Chowell said, “the virus will likely start to spread in the Southern Hemisphere as temperatures there start to drop.”

Indeed, there have already been cases in Brazil, Argentina, South Africa and Australia, where summer is drawing to a close.

In the United States, Chowell thinks the peak of the virus might occur earlier than midsummer if social distancing is maintained at sufficiently high levels.

Would some athletes, fans have to stay home?

Even if the virus is under control in places like the United States, Italy and Spain by summer, teams from the Southern Hemisphere may be in the throes of the pandemic as the colder weather settles in. Either the coronavirus has barely affected Africa or the continent is far behind the rest of the world in terms of testing.

Chile is already seeing an increasing number of cases — 150 as of Monday — and the government has ordered schools closed.

Teams from those Southern Hemisphere countries make up a large and important segment of Olympic athletes. East Africans dominate distance running. Australia, which had the third largest Olympic team in Rio, 420 athletes, is a force in swimming.

When would it be safe for millions to convene?

Nearly 8 million tickets were made available for the 2020 Games, with about a third going to people outside Japan. The IOC allocates tickets for each country based on population, the size of the Olympic team and proximity to the host city. But people from the United States and the countries of Western Europe are always among the most visible attendees. Add to that more than 11,000 athletes from more than 200 nations and nearly that many people from the international news media.

By closing down schools and enforcing quarantines, Japan has begun to get some control over the coronavirus. Can thousands of athletes and millions of fans descend on Tokyo without triggering a new outbreak?

“I think the first goal is to control the epidemic in Japan,” Chowell said. “If the virus is raging in Japan in six weeks, visitors will not want to visit Japan.”

Athletes everywhere are losing precious time for training. With Italy and Spain under strict lockdowns, it has become nearly impossible for athletes there to train.

American fencer Race Imboden and French fencer Ysaora Thibus arrived in Los Angeles early this month for a Grand Prix fencing event. The couple, who are based in Rome, soon learned the event had been canceled. Both their fencing gym and their training gym were closed shortly thereafter.

“This morning, I realised that I can’t go back home, I can’t train, and I don’t know if the Olympics are going to be on the same dates,” Thibus said Monday. “I don’t know how to train for this.”

“It’s a mess,” Imboden added. “We don’t know what to do anymore. It feels like it’s all being taken away.”

In the United States, organised training for nearly everyone who isn’t a runner essentially ceased Monday when President Donald Trump discouraged all gatherings of more than 10 people.

Colleges have closed, including Stanford and Texas, two major training spots for Olympic-caliber swimmers, many of whom are hunting for pools. USA Swimming has canceled all its meets through at least April 30.

The U.S. Olympic and Paralympic Committee has been flooded with calls from athletes, coaches and athletic officials trying to gain access to its training center in Colorado Springs. The committee has had to turn them down because everyone at the training centre is free of symptoms related to the virus and welcoming an outsider could jeopardise the current crowd.

How will teams be selected?

The list of altered qualifying competitions for the Olympics is lengthy and likely to grow. Every sport has had to cancel some events. In a normal year, those would have been opportunities for athletes to fine-tune their skills or, in some cases, gain qualifying points to make them eligible for their country’s Olympic teams.

Bach, the IOC president, has advised national Olympic committees and international sports federations to come up with new ways of selecting Olympians.

He noted Tuesday that just 57% of the athletes are already qualified for the Games, meaning nearly half the places still need to be filled. “The IOC will work with the international federations to make any necessary and practical adaptations to their respective qualification systems for Tokyo 2020,” Bach said, suggesting that selections will be made based on existing rankings.