Hockey or Hindi, ‘Siami’ dribbles past all odds

“As a striker, my job is not only to score goals, but to contribute to the team in various ways: Lalremsiami 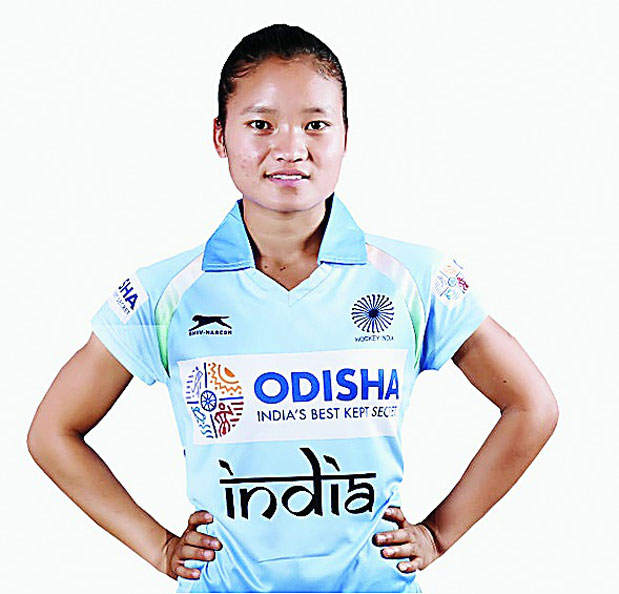 While on one hand the team booked its ticket for Tokyo after defeating the USA 6-5 on aggregate in the Olympic qualifiers — the first time ever that the women’s team had made the cut in successive Olympic Games — on the other, she lost her father while the team was playing in the FIH Women’s Series Finals in Hiroshima.

Curtailing her first instinct to immediately fly home to Mizoram, Lalremsiami stayed back and continued playing, as she felt that was what her father would have expected of her. The Indians went on to win the tournament, getting the better of hosts Japan 3-1 in the final.

Defeating Chile in the semi-final had ensured for India a berth in the FIH Olympic qualifiers. Lalremsiami had played in the match, which was just a day after her father’s demise.

That basically sums up the 19-year-old, who hails from Kolasib, 85km north of Aizawl, and is the first sportsperson from Mizoram to have won a medal at the Asian Games (silver in Jakarta, 2018).

And now Lalremsiami — Siami to her teammates — and the team are looking ahead to the Olympics.

So how does she rate their chances in Tokyo?

Lalremsiami, who has been nominated for the FIH Rising Player of the Year award, is very optimistic of India’s chances.

“We are all fighting fit and mentally ready,” Lalremsiami told The Telegraph from Bangalore where the team is undergoing a camp. “What will help matters further are the preparatory matches we will play in New Zealand soon. The trip will help us gauge how we perform under pressure and maintain consistency.”

So what prompted her to take to hockey, coming from an essentially football-centric place? “Yes, true, the place where I come from does not have too many people playing hockey… It’s more about football there. But I used to play hockey near my house and was noticed by a school coach and then started playing for the school team. That was how it all began,” she said.

At the age of 11, she joined the state government-run academy in Thenzawl and then in 2016 joined the National Hockey Academy in New Delhi. There has been no looking back since.

Though still a teenager, Lalremsiami has a mature head on her shoulders. “As a striker, my job is not only to score goals, but to contribute to the team in various ways. Hockey is a team game and it is the everyone’s hard work which makes us successful,” she says.

The talented forward owes a lot to captain Rani Rampal for where she is today. “Rani didi has helped me immensely, both on and off the field. We are both strikers. Hence her experience and skill has taught me a lot. Off the field too, she has taught me how to deal with everyday activities, has explained a lot of things to me and, most importantly, helped me pick up Hindi. The language was my prime obstacle when I landed in Delhi. Didi is my guide, adviser and idol,” she concluded.