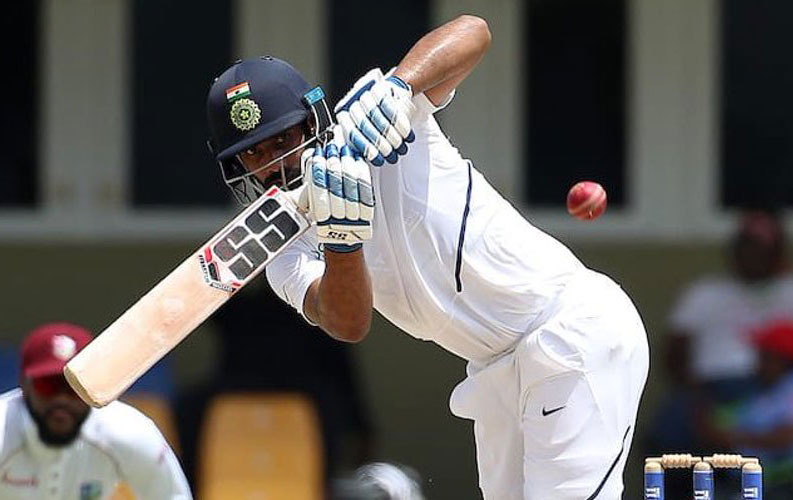 The opening day of India’s preparatory match against New Zealand XI in Hamilton on Friday, ahead of the first Test from February 21, has thrown up several questions regarding the opening combination.

The game was supposed to resolve a key question: who would open alongside Mayank Agarwal. But both Prithvi Shaw and Shubman Gill came a cropper on Friday, undone by the extra bounce and seam movement that was on offer on a green top.

Both Shaw and Gill were dismissed for nought to deliveries that bounced awkwardly while Agarwal extended his lean phase, caught behind for 1.

It was left to Cheteshwar Pujara (93) and Hanuma Vihari (101 retired out) to rescue the innings as the visitors made 263 in their first innings. Captain Virat Kohli didn’t play while Ajinkya Rahane (18) was the only other batsman to reach double figures.

Vihari’s century could force the team management to rethink on the opening combination after the inexperienced batsmen were technically exposed by a second-string New Zealand attack.

Vihari has opened before, at the MCG, and though he contributed 8 and 13, he saw off the new ball and spent enough time at the crease to earn praise from Kohli. His compact innings on Friday was just what was needed at 38 for 4.

The Andhra batsman though isn’t thinking about his opening role.

“As a player, I am prepared to bat anywhere. As of now, I’ve not been informed anything. As I said before as well, if the team requires me to bat wherever, I am ready to bat,” said Vihari.

What impressed many was the calmness he displayed during his innings.

“The talk was to bat time and to see off the new ball,” he said. “Obviously they were bowling in great areas and the wicket had good bounce, extra bounce, more than what I’ve experienced in New Zealand before. So I took some time to adjust.”

He was pleased with the way he adjusted to testing conditions.

“At the international level, you have to be thinking on your feet. And I was quick enough to adjust my game according to the conditions, so whenever I bat next, New Zealand or Australia, wherever it is, it is up to me what I want to do with my game and how quickly I adjust and I’m happy that I could do it.”

The hosts tried the short ball tactics against both Vihari and Pujara but none really seemed perturbed.

“We experienced that (in India A’s unofficial Test series) against New Zealand A,” he said. “When the wicket flattens out, they try to experiment with the short balls and I’m sure even Neil Wagner will come up with the same ploy.

“We’ve seen it before in the Australia series and the home series for them. We are prepared for it. We’ve got that good experience in India A as well. They did come up with short balls when we played against New Zealand A. Today as well they bowled quite a number of short balls. It’s good exposure for us.”

More than bouncy wickets, the Indians are expecting a green top during the two Test series. “Maybe we’ll get pitches like these… Because their (New Zealand’s) strength is fast bowling, so maybe they’ll give this much grass or a little less. They have a very experienced bowling attack but it’s good that we got some time in the middle and we experienced these conditions.”