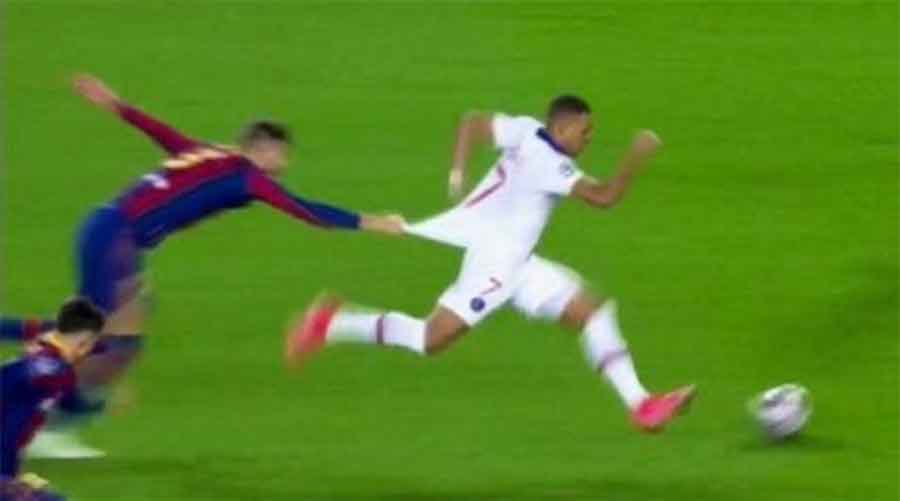 Borussia Dortmund striker Erling Haaland said his brace against Sevilla in the Champions League on Wednesday was inspired by watching Paris Saint-Germain’s Kylian Mbappe score a hat-trick against Barcelona.

French forward Mbappe had set Europe’s elite competition alight on Tuesday with a stunning treble in the 4-1 drubbing of Barca, but Haaland was also out to make his mark, netting two superbly-taken goals in his side’s 3-2 win in Seville.

“It was good to score the goals, I love the Champions League and when I saw Mbappe scored the hat-trick yesterday (Tuesday) I got free motivation so thanks to him,” Haaland, 20, told reporters.

“He scored some nice goals and I got a free boost from him.”

Haaland’s goals moved him on to a remarkable 18 in 13 Champions League matches and he is on course to overtake Mbappe as the player to score the most goals in Europe’s top competition before his 21st birthday.

Mbappe, now 23, struck 19 Champions League goals before turning 21 and Haaland does not celebrate his birthday until July.

The Norwegian showed his potential by scoring eight times in the group stage with RB Salzburg, earning him a 20-million euro move to Dortmund in January, 2019.

He has now scored 10 times for the Germans in seven games in the Champions League, unseating Roy Makaay as the player to score 10 goals in the competition for one team in the fewest amount of games.

Juventus coach Andrea Pirlo was left frustrated that his side gifted Porto an early lead as the Italian champions fell to a 2-1 defeat.

Mehdi Taremi put the Portuguese side in front after 63 seconds. Moussa Marega added a second for the hosts 23 seconds into the second half.

“We prepared for the game well, differently from how it was during the match,” Pirlo said.