Some attention needs to be paid to sporting disciplines other than cricket as well, says panelists in a discussion 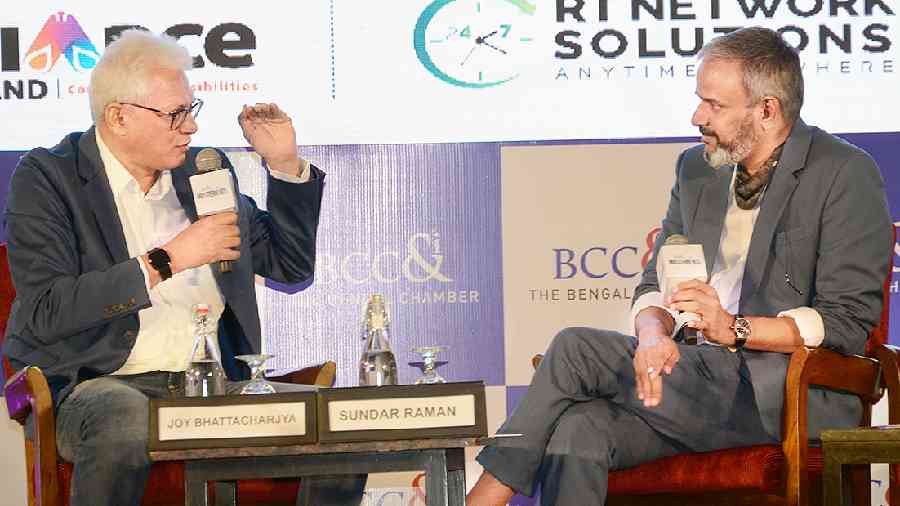 Grievances and animosity regarding cricket, which is by far the most popular sport in the country, are not justified.

But some attention needs to be paid to other sporting disciplines as well with an emphasis on the grassroots in order to bring about success internationally, which could then lead or even add to the brand value of that particular sport.

This seemed to be the general view of participants at a panel discussion at the Bengal Chamber of Commerce and Industry Masterminds, presented by Tata Steel in association with The Telegraph, at a city hotel on Saturday.

Football has the scope to be a really big thing in India, but for that to happen, state associations need to play an equally important role, feels All India Football Federation deputy secretary-general Sunando Dhar.

“We are also competing with the Premier League and La Liga as they are cannibalising Indian football. We have had corporate sponsorship in football, but we also want to empower state associations so that there are more youth leagues at the regional level.

“That gives an opportunity to the states to look for local sponsors as well, which too is quite important,” Dhar, one of the panellists, said. Former shooter Joydeep Karmakar raised the fun element in shooting, which he feels could attract sponsors.

“In a fair, you don’t come across a cricket ground, a football field or a hockey field. But you can find an area from where you can shoot balloons.

“So if there’s no entertainment in shooting, why is it a part of a fair then? I feel the fun part of the game does deserve a bit of attention,” Karmakar, who had finished fourth in 50m rifle prone at the 2012 London Olympics, argued.