Gayle says no; Darren, Kieron back for T20Is 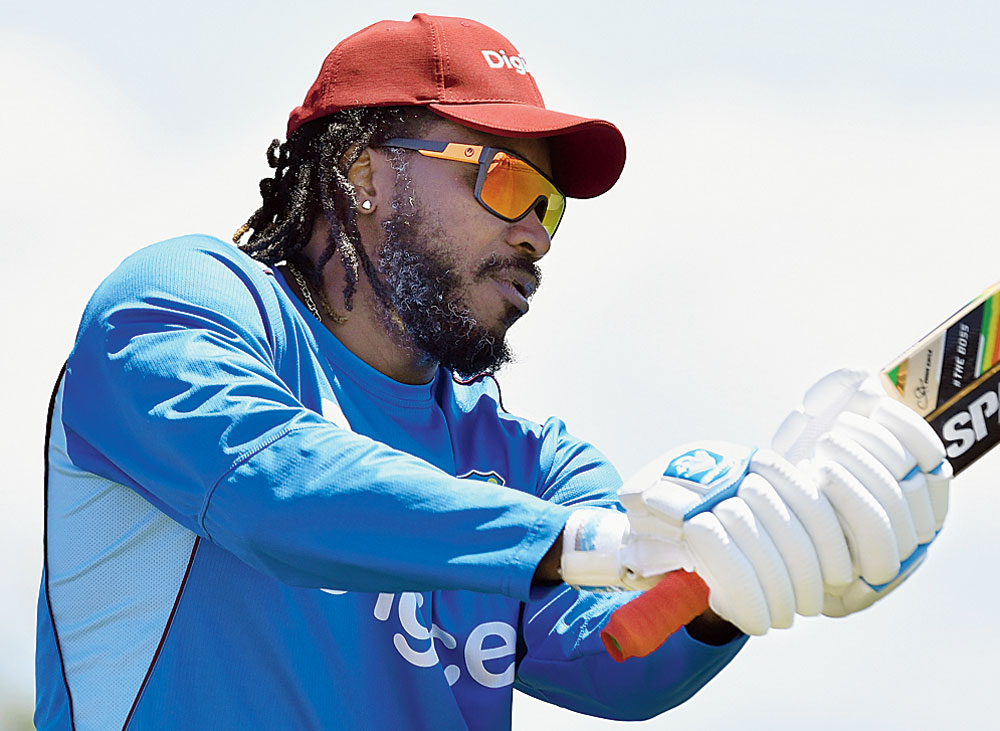 “We will be without our stalwart Chris Gayle for this Indian tour and the next tour against Bangladesh as he has declined selection at this time. However, he has made himself available for selection for the visit of England to the Caribbean and the World Cup in 2019,” CWI chairman of the selection panel Courtney Browne said in a statement.

The West Indies are currently engaged in a two-Test series in India and are trailing after going down in the opening Test inside three days. They will then play five ODIs and three T20 Internationals. The first ODI will be held in Guwahati on October 21.

With an eye on next year’s 50-over World Cup and 2020 World T20 in Australia, CWI has drafted in three youngsters — opener Chrandrapaul Hemraj, all-rounder Fabian Allen and pacer Oshane Thomas — in the limited-overs squads.

Kieron Pollard, Darren Bravo and all-rounder Andre Russell have also made a comeback into the T20I squad. “As we continue our World Cup preparations, the upcoming tour of India provides a great opportunity to expose some of our young talents,” Browne said.

“Opener Chandrapul Hemraj, all-rounder Fabian Allen and fast bowler Oshane Thomas will get their opportunity to showcase their skills, along with Sunil Ambris, who is returning to the fold.

“Russell, however, has been ruled out of all 50-over format due to injury and Alzarri Joseph will undergo a fitness test before leaving for India.

“With the 2020 ICC World T20 two years away and the limited amount of T20 Internationals within the next year, the panel believes at this juncture it is time to invest in the young players that have emerged over the last two years from Windies A and B teams, along with 2018 CPL,” Browne explained.

“The selection of a young group two years prior to the World T20 gives the coaching staff time to help them with their skills and for the team to develop into a cohesive and competitive unit.”

“With the CPL finishing last month, there was no reason to delay announcing the T20I squad,” he said.

As expected, Dwayne Bravo and spinner Sunil Narine did not find a place in any of the squads after their names were left out of the 25-player list prepared to procure the Indian visa.

Bravo and Pollard’s inclusions were the result of talks between CWI and a handful of estranged high-profile players. These players had fallen out with the board for various reasons, the primary one being the clash between playing domestic cricket and overseas T20 leagues. The board had said availability for regional tournaments was a requirement to be picked for the West Indies squads, causing a rift with the players who are highly sought after by the T20 leagues.