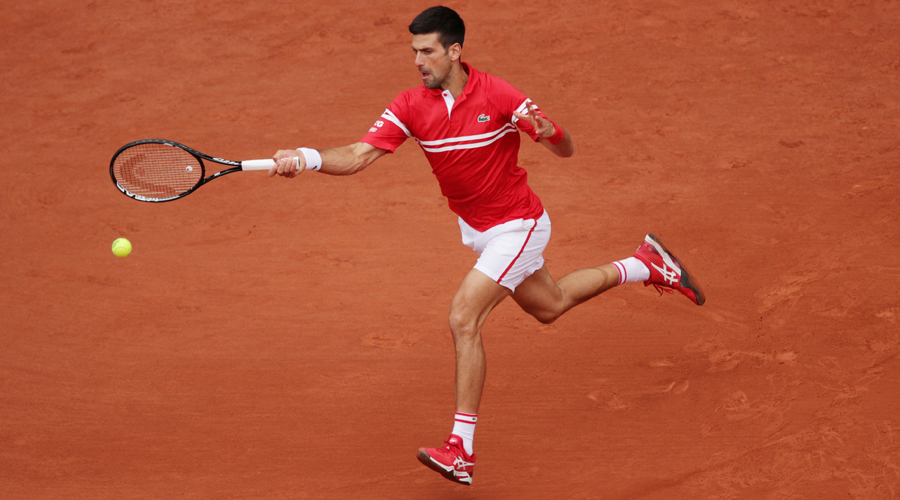 Unlike in the women’s competition, most of the big names among the men are still alive in this year’s French Open.

Novak Djokovic reached the fourth round in Paris for a record 12th consecutive year. Rafael Nadal too advanced, cruising into the last 16 of the French Open for the 16th time.

Top seeded Djokovic has not been pushed yet in any match — or any set, really — in Week 1 at Roland Garros. His latest victory was by a 6-1, 6-4, 6-1 score against 93rd-ranked Ricardas Berankis.

Djokovic’s streak of appearances in the round of 16 in Paris is now one longer than the previous professional era mark for men of 11. That was shared by Nadal and Roger Federer, who both got that far every year from 2005-15.

Nadal had an easy day in office on Saturday with a brutal 6-3, 6-3, 6-3 dismantling of Briton Cameron Norrie.

Nadal extended his run at the clay court Grand Slam to an unbelievable 30 sets won in a row. He last dropped a set against Dominic Thiem in the 2019 final.

This by the way is the 50th time that Nadal has entered a Grand Slam round of 16. He will battle Italy’s Jannik Sinner, the 18th seed, for a place in the quarter finals. Djokovic, on the other hand, will meet 19-year-old Lorenzo Musetti of Italy next.

Defending champion Iga Swiatek overcame a sluggish start to book her place in the last 16 of the French Open with a 7-6 (4), 6-0 victory over Estonian Anna Kontaveit.

The 20-year-old Swiatek, who last year became the youngest player to lift the Suzanne Lenglen Cup since Monica Seles in 1992, found better angles as the match went on to set up a meeting with Ukraine’s 18-year-old Marta Kostyuk.

Sofia Kenin moved to the fourth round at Roland Garros for the third consecutive year by winning a see-saw match against Jessica Pegula, 4-6, 6-1, 6-4. Kenin is the highest-seeded player left in the women’s draw at No. 4, and she has shaken a slump with her return to Roland Garros, where she was the runner-up to Swiatek in October.