Advertisement
Home / Sports / For the record, a Virat masterpiece

For the record, a Virat masterpiece 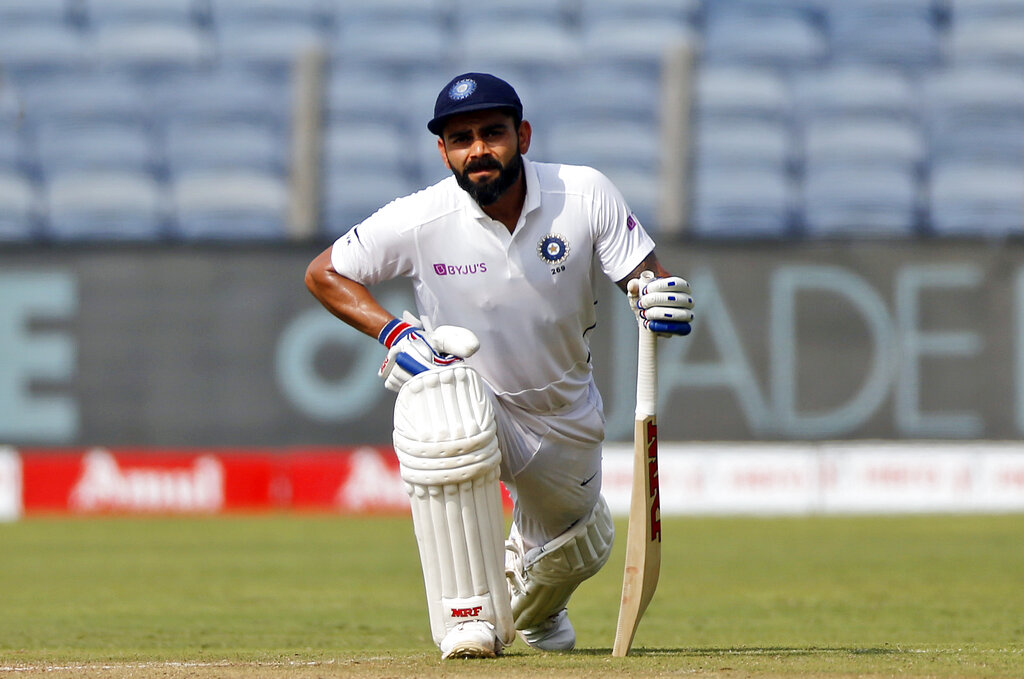 If you have had a taste of gully cricket in your nursery years, you must have witnessed those bullying sessions when the elder lot had the privilege of enjoying all the batting. The younger ones were only meant for mundane jobs, doing all the running around and retrieving balls from the bushes.

The story was somewhat similar at the MCA Stadium on Friday when India played like big brothers. South Africa spent most of the day fetching the battered ball from the wrong side of the boundary.

And as if that was not enough agony for the visitors, the home team bowlers turned tormentors when the tired and tortured South Africans tried their luck with the bat.

As a result, when the stumps were drawn in fading daylight on the second day of the second Test, South Africa were tottering at 36 for three after India had mercifully declared their innings on 601 for five. In other words, the visitors trail by 565 runs with seven wickets at their disposal.

Records were broken, milestones were reached as Kohli, like an all-conquering king, trampled on the whatever lay in his path.

Beginning the day on 63, Kohli, like a master sculptor, carved out his mountain of an innings. He was always in control — be it the crisp cover drive off Kagiso Rabada, or the inside-out six over deep extra cover off Keshav Maharaj.

When India finally declared, Kohli seemed a giant who was swatting aside the flies with a bat. His innings of 254 off 336 balls was a story of utter dominance.

And as far as records were concerned, they had no other option but to fall at the feet of his batsmanship.

To say Kohli was in ‘seventh’ heaven would not be wrong as this was his seventh Test double hundred, during which he also crossed the 7000-run mark in the longest format of the game.

Only Don Bradman (12), Kumar Sangakkara (11) and Brian Lara (9) are ahead of Kohli in terms of the double century count.

While the India captain was scripting his epic, his partners changed at the other end of the crease, but not before they had played their part well.

Kohli’s overnight partner Ajinkya Rahane was out for 59, after sharing a 178-run partnership with his captain.

Ravindra Jadeja fared even better, getting 91 before urgency saw him fall. The Kohli-Jadeja stand squeezed the South Africans dry of all their energy and was worth 225 runs.

On the South African front, left-arm spinner Maharaj was saved from the ignominy of conceding a double hundred of runs when he injured his right shoulder while trying to stop a ball and had to leave the field to undergo scans at the hospital.

Not just Maharaj, the entire South African bowling attack looked like a line of fallen trees after a devastating storm. That they bowled as many as 11 no-balls speak of how disorganised they were.

There’s no point blaming the pitch though, because when the Indians came out with the ball, they looked unplayable on the same strip.

Shami could have got one more had Mayank Agarwal held on to a difficult chance at third slip off nightwatchman Anrich Nortje’s bat.

By the way, Kohli was caught in slips by Du Plessis off Senuran Muthusamy’s bowling when on 208, only to be found on rechecking that the bowler had overstepped. From a sense of relief, the South African faces plunged into the depths of disbelief.

Like declaration, had there been a provision for surrendering in cricket, South Africa, perhaps, would have opted for it gladly at that time.