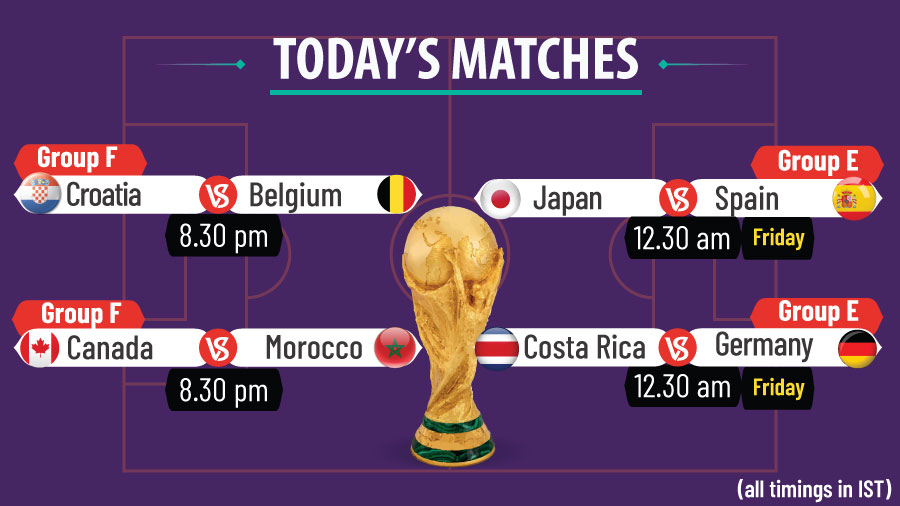 ​​​​​​Morocco pulled off one the biggest upsets of Qatar World Cup as they finished on top of Group F, which had Croatia and Belgium. Croatia drew with Belgium 0-0 to go through as group runners-up.

Croatia face Belgium, while Canada face Morocco in two separate Group F games of FIFA World Cup 2022 on Thursday. Croatia top the table with 4 points to their credit, while Morocco are at the second spot with as many points but a weaker goal difference. Belgium hold the third position with 3 points and Canada are at the bottom spot with no points. It is a must-win game for Belgium in case they wish to enter the round of 16, while Canada have already been eliminated.

When Belgium were beaten by France in their 2018 World Cup semi-final clash, there was some grumbling that the better team had lost and the so-called ‘golden generation’ had been robbed of their place in the final against Croatia.

Fast forward four years and Belgium will get the chance to show what they might have been against the Croats in a Group F encounter at the Ahmad bin Ali Stadium on Thursday.

An invigorated Moroccan team will be seeking to reach the knockout stage of the World Cup for the first time in nearly four decades. They can accomplish their mission by either defeating the already ousted Canada or playing out a draw in their final Group F match on Thursday.

A draw is enough for Morocco