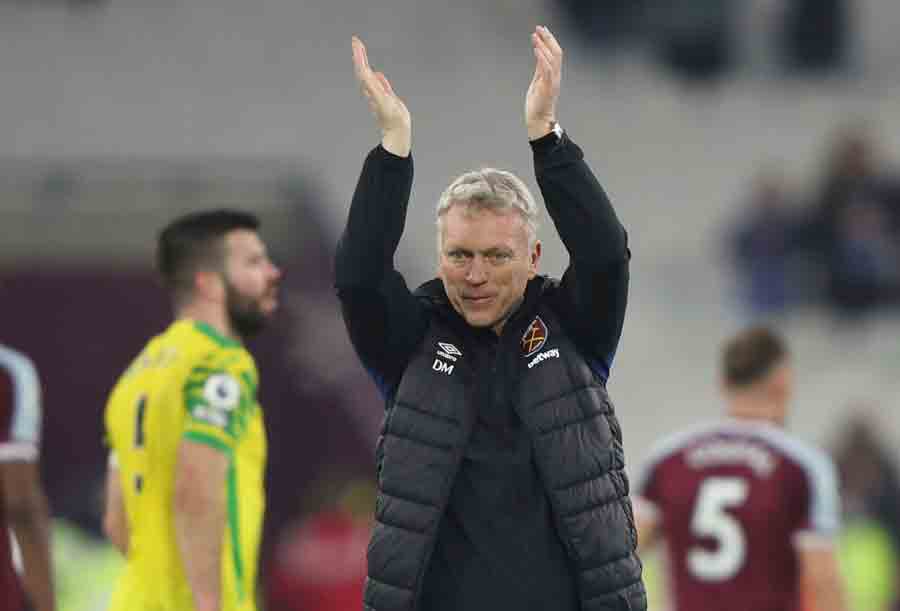 Bowen had one effort ruled out in the first half but was not to be denied as he headed home in the 42nd minute. It was a familiar story for Norwich who played some attractive football and threatened an equaliser in the second half with Adam Idah denied by a great save from Lukasz Fabianski.

But Bowen wrapped up a third successive league victory for West Ham in the 83rd minute, converting past Tim Krul from a superb delivery by substitute Arthur Masuaku, the goal originally being ruled offside but allowed after a VAR check.

West Ham moved above Arsenal into the Champions League qualification places with 37 points from 21 games.

Arsenal, who have a match in hand, are two points behind.

“We had to put the barricades up a little bit but with our attacking threat we’ve always got a goal in us,” Bowen said.