'If we want to win the Champions League we need to change many things, otherwise we will lose to Napoli too' 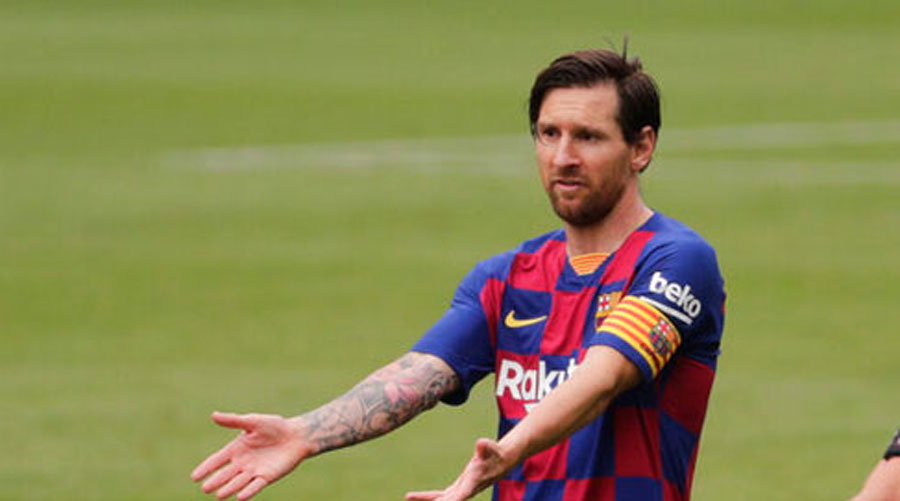 Lionel Messi has rarely been known for speaking out but he could not help himself when analysing what has been a disastrous season finale for Barcelona and did not hold back after Thursday’s limp 1-2 La Liga defeat at home by Osasuna.

Calling his side “weak”, “inconsistent” and “very easy to score against”, the club captain called for urgent changes after surrendering the league title to Real Madrid, saying it was no good to use their rivals’ relentless form as an excuse.

Messi does not even fancy their chances of hurdling their Champions League last-16 tie with Napoli, which is poised at 1-1 ahead of the second leg at the Camp Nou on August 8.

“I said a while ago that it would be very hard to win the Champions League if we kept playing like this and it turned out it wasn’t even good enough to win the league,” he said.

“If we want to win the Champions League we need to change many things, otherwise we will lose to Napoli too. We need to clear our heads. This break should give us the opportunity to take some air as things have been very bad from January to now.”

Messi’s words were a particularly scathing statement of the reign of coach Quique Setien, who was appointed in January after the club sacked Ernesto Valverde when they were top of the table on goal difference. Setien, too, did not exactly give himself a vote of confidence, admitting he was uncertain if the club would keep faith in him.