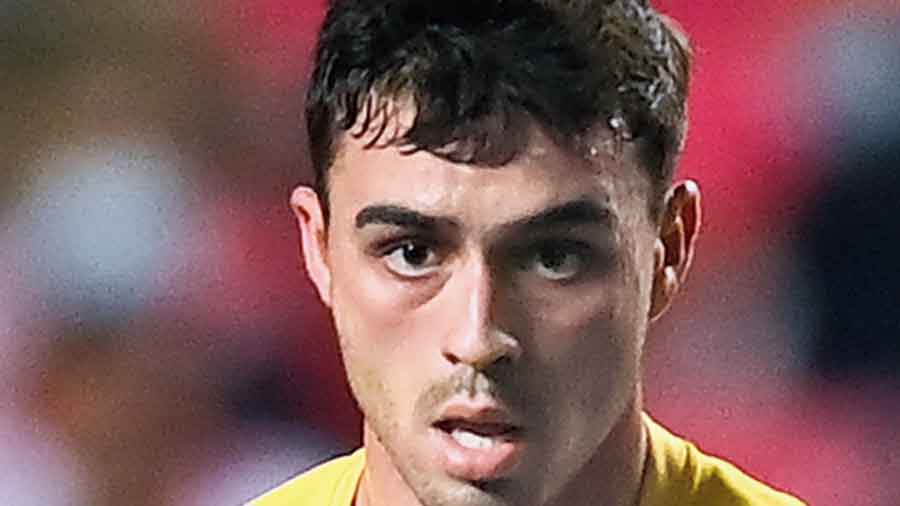 FC Barcelona’s teen sensation Pedri scored a magnificent goal in the second half to secure a 1-0 win over fading Sevilla on Sunday as they climbed above their opponents into second spot in La Liga after extending their winning streak to six games.

The 19-year-old Pedri created and scored the winner in a similar style to the trademark goals Lionel Messi scored for Barcelona before leaving to join Paris St Germain last year.

The midfielder was surrounded by defenders just outside the box but with three quick moves he left three opponents on the ground before finally finding a gap and rifling a precise shot past goalkeeper Yassine Bounou and inside the far post.

Barca are level on 57 points with Sevilla, who slipped to fourth, and third-placed Atletico Madrid but with a game in hand having played 29 matches. Real Madrid are top with 69 from 30.

Pedri’s goal in the 72nd minute broke the deadlock in a nervy game that could have gone either way. “Pedri is a superlative player,” Xavi told reporters.

Pedri praised teammates and thanked the fans who ended the match chanting his name. “It’s a crazy sensation listening to these fans, this stadium is amazing,” Pedri told reporters.

Back in the mix

A first-half penalty was enough to earn champions Inter Milan a crucial 1-0 win at Juventus, dragging Simone Inzaghi’s side back into the Serie A title race. Juve wasted a host of chances in the opening period and their profligacy proved costly as Inter earned a penalty in first-half stoppage time following a VAR review.

The home side were furious at the awarding of the spot kick, but felt justice was done when Wojciech Szczesny saved Hakan Calhanoglu’s penalty, only for the referee to order a retake, which the Turkish midfielder converted to give Inter the lead.

PSG’s Kylian Mbappe played chief tormentor on a memorable night for the France forward as he scored two and set up the other goals as the runaway Ligue 1 leaders demolished visitors Lorient 5-1.

In a game where Lionel Messi and Neymar, with a double, also scored, the French champions’ attacking trio combined superbly at times to deliver a performance in sharp contrast with last month’s embarrassing 3-0 defeat at Monaco.