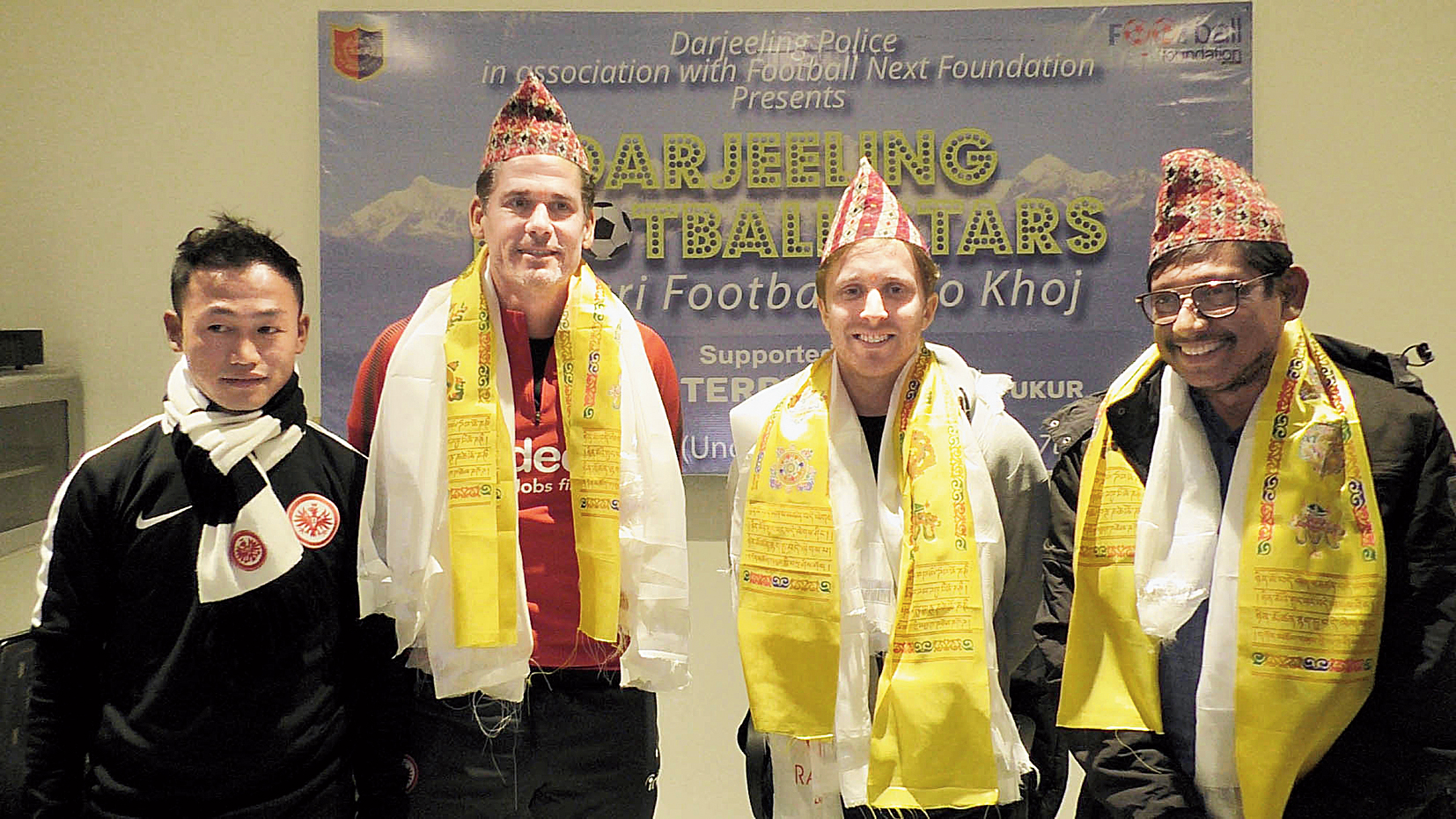 German football club Eintracht Frankfurt has opened a centre in the home country to scout for soccer talent among Indians.

The club is currently placed fifth in Bundesliga, the top-tier football league in Germany, and is only a point behind Bayern Munich.

Two senior officials of the club arrived in Darjeeling on Thursday to scout for 20 players who would be taken to Germany for training in spring next year.

“We have an internationlising concept called building bridges and I know there are a lot of talents in India,” Nicolai Adam, head of international sports project at Eintracht Frankfurt, said.

According to Felix Hansvencl, head of international partnership at the club, it has opened the Indian Football Centre in Germany for the talent hunt.

The centre will cater not only for Indians but also the Indian diaspora spread across the world, said Kaushik Moulik, the founder of Calcutta-based Football Next Foundation.

The seeds of the first bid by the 119-year-old Eintracht Frankfurt to search for players in India had been sowed when the club invited Manish Subba from Upper Line in Pulbazar for honing his skills in Germany.

Subba was discovered in a Darjeeling police soccer tourney.

The police had a tie-up with Calcutta-based Football Next Foundation which organised Subba’s training at Eintracht Frankfurt.