For Eintracht Frankfurt, it will be an opportunity to win their first European trophy in more than 40 years 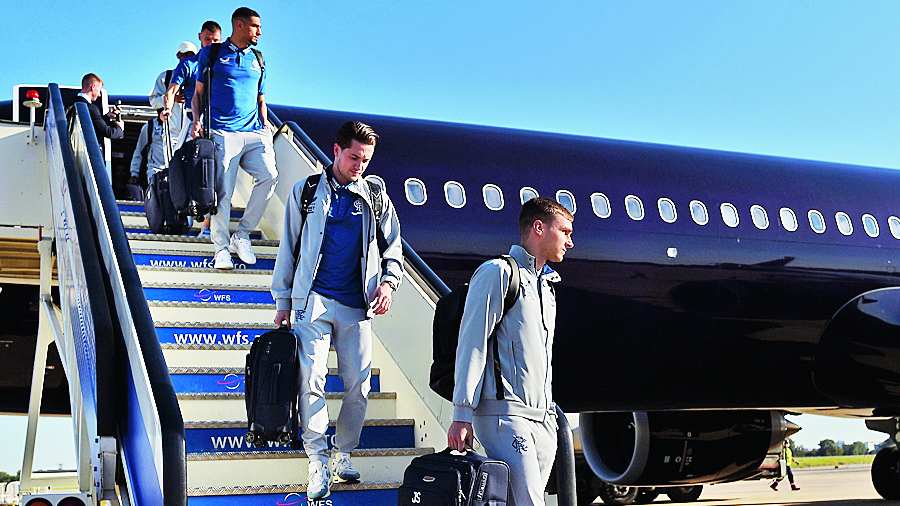 Eintracht Frankfurt and Rangers will get a chance to end decades of despair when they meet in the Europa League final on Wednesday.

For Frankfurt, it will be an opportunity to win their first European trophy in more than 40 years. For Rangers, a chance for their first continental title in 50 years.

Triumph in the second-tier competition in the Spanish city of Seville will also guarantee the winner an automatic spot in the group stage of next season’s Champions League.

“For Eintracht, for the fans, for the club, for the players, (winning again after 42 years) would be the most important thing ever,” Frankfurt coach Oliver Glasner told Uefa.com. “It has extraordinary significance, great significance, and that’s why we’re going to try our best so that we come home with the trophy and spend one or two nights celebrating with our fans.”

It will be Frankfurt’s first European final since beating Borussia Mönchengladbach in 1980 in an all-German match-up in the Uefa Cup, the predecessor to the Europa League.

Rangers were close to European glory when they played in the Uefa Cup final in 2008, but they lost to Zenit St Petersburg. The Scottish club is looking for their first European trophy since earning the Cup Winners’ Cup in 1972.

Spain’s chief of police warned of the potential for ‘serious problems’ as the southern city of Seville braces for an expected invasion of 150,000 Rangers and Eintracht Frankfurt for the final.

“It’s too many people with too much alcohol, the majority without tickets for the game and lots of construction sites around the city, a recipe that could lead to serious problems,” Juan Carlos Castro Estevez, Spain’s General Commissioner for Citizen Security, said at a briefing with high-ranking National Police officers on Tuesday.

While warning that the policing operation will be one of the most “difficult challenges they have ever had,” he said he was confident the showpiece could pass off without major problems.

“We are trying to do everything right and we have a lot of experience with situations like this, although that does not mean that there will be no problems,” he said.

They will be boosted by having already eliminated two German clubs — Borussia Dortmund in the first knockout round and Leipzig in the semi-finals.

“When you’re in the knockout stages, it’s all or nothing, and the character of my players has been outstanding,” said Rangers coach Giovanni van Bronckhorst, who was hired in November after Steven Gerrard joined Aston Villa.