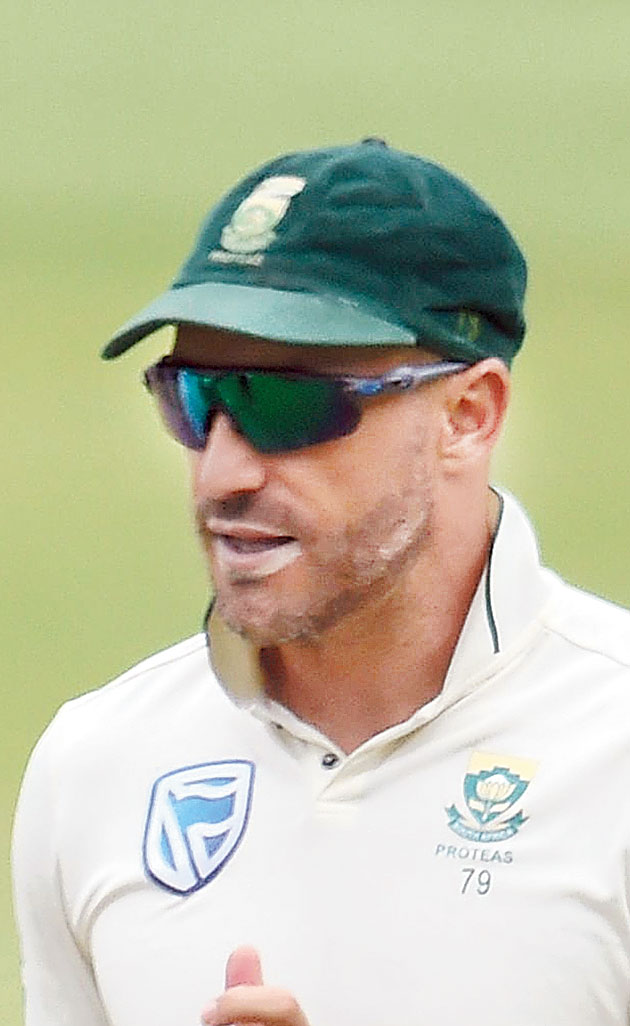 Faf du Plessis on Monday stepped down as captain of South Africa’s Test and T20I teams with immediate effect, citing “the need to facilitate the emergence of next generation of leaders”.

The 35-year-old Du Plessis, who stepped aside from the ODI captaincy earlier to make way for wicketkeeper-batsman Quinton de Kock during the recent series against England, said he took the decision to help South Africa start a new era.

“In a perfect world I would have loved to lead the team in the Tests for the rest of the season as well as the T20 World Cup,” Du Plessis said.

“But sometimes the most important attribute of a leader is to be selfless. When I took over the leadership, I did so with the commitment to lead, perform and most importantly, to serve. As the team heads into a new direction with new leaders and a young crop of players, I feel it will be in the best interests of South African cricket to relinquish the captaincy in all formats.”

“The last few weeks of rest away from the game have given me a lot of perspective on the great privilege and honour I have had in representing and leading my country in the three formats of this wonderful game,” Du Plessis said.

“It has been a rewarding, sometimes tough and other times a lonely road, but I would not replace the experience for anything because it has made me the man that I am proud to be today.”

Du Plessis termed the decision as one of the toughest, but said he remains fully committed to help De Kock in the transition phase. “I remain fully committed to supporting Quinton, Mark (Boucher) and my teammates as we continue to rebuild and re-align as a group,” he said.

Du Plessis was retained in the squad for the three-match T20I series against Australia, starting at the Wanderers on Friday. Fast bowlers Kagiso Rabada and Anrich Nortje were recalled to the squad.

“New leadership, new faces, new challenges and new strategies. I remain committed to play in all three formats of the game as a player.”