Vladimir Petkovic’s men take on Spain in the first quarter-final at St Petersburg; The Red Devils will look to end the Azzurri’s winning run in a fixture that promises to be a mouthwatering encounter 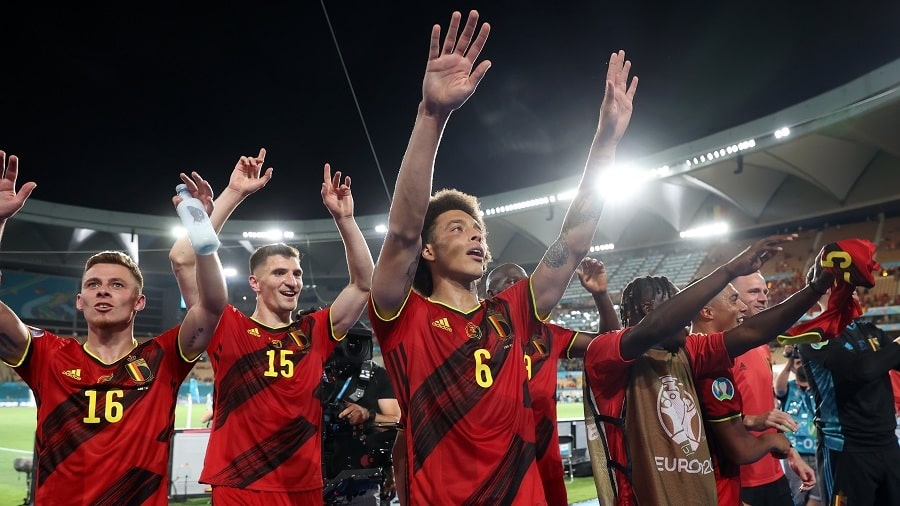 We are running into a weekend of high-voltage Euro 2020 encounters. Yes, the quarter-finals.  Out of the eight teams in the fray, Ukraine and Switzerland will hope for their dream run to continue, while the rest of the six, with enough European Championship experience in the tank, will hope to advance to the last four without any hiccups.

Tonight’s encounters involve a buoyant Spain locking horns with a plucky Switzerland, and later in the night it will be Belgium taking on mighty Italy, who have so far been invincible.

Let's jump to the action right away:

Spain are on the charge at a major soccer tournament with a creative and technically gifted Barcelona player calling the shots from central midfield. Sound familiar? Only 18 and already seemingly indispensable for the national team, Pedri Gonzalez has been given the keys to a midfield that was once the domain of two modern-day greats in Xavi Hernandez and Andres Iniesta. The comparisons are inevitable and maybe justified and will only become more widespread if Pedri leads Spain to the European Championship title in the coming days, just as Xavi and Iniesta did in 2008 and 2012 amid a golden era for the country.

Pedri, who plays on the left side of Spain's ball-hogging central-midfield three, is playing in his first major tournament he only made his senior international debut in March and is tied for first place for most chances created (10) and has more passes in the opposition half (233) than any other player.

The youngest Spaniard to play at a European Championship, Pedri also became the youngest ever player in a knockout-stage game at the tournament at 18 years, 215 days against Croatia in the round of 16.

Perhaps most impressively, he is one of only two outfield players in Spain’s squad to have played every minute of their team's games at Euro 2020. “Pedri is a unique player,” Spain coach Luis Enrique said understatedly.

Another European Championship record he holds comes with less distinction. After 20 minutes of the 5-3 extra-time win over Croatia, Pedri sent a back-pass from near the halfway line to Spain goalkeeper Unai Simon, who failed to control the ball and only succeeded in deflecting it into the goal. It is the longest own-goal in the tournament's history, yet Pedri shrugged off that misfortune to produce a dominant performance against a highly regarded Croatia midfield led by veteran Luka Modric.

The midfield will be an area Spain will look to take charge of against Switzerland, which will be missing captain Granit Xhaka because of suspension.

Xhaka was selected as UEFA's man of the match after Switzerland beat France in a penalty shootout following a 3-3 draw through extra time to advance to its first quarterfinal match at a major tournament since the 1954 World Cup.

Switzerland face the tough task of avoiding a natural comedown after one of the biggest wins in its history. “Nobody will ever forget this game,” Switzerland midfielder Remo Freuler said on Wednesday. “Nobody can take this magical night away from us.” Spain's win over Croatia came on the same evening, but Luis Enrique has the advantage of calling on a deeper squad for a match taking place four days later.

Fatigue, and the shrewd use of substitutes, is proving a key factor at a tournament that is coming off a grueling, pandemic-affected club season. Both teams are likely to make changes to freshen up for a shot at the semifinals.

One can expect Pedri to start once again as he is already a player Spain cannot do without. La Roja fans can expect Alvaro Morata to find the back of the net as the striker found his touch in the round of 16 clash. With Granit Xhaka not playing due to suspension, the burden of expectations will be on Haris Seferovic, who has been so far, so good.

Belgium's leading scorer at the European Championship is no stranger to Italy's veteran defenders. They all play in Serie A.

Romelu Lukaku will likely be the main attacking threat when Belgium takes on Italy in Munich on Friday in the Euro 2020 quarterfinals. The Inter Milan forward has scored three goals in his team's four victories so far. And with Kevin De Bruyne and Eden Hazard both doubtful for the game, Italy captain Giorgio Chiellini and teammate Leonardo Bonucci both defenders at Juventus will know just who to focus on.

"It's a quarterfinal. It will be decided on small details," Belgium midfielder Youri Tielemans said.

"I think one phase can turn the game in our favour, or against us. We have to be concentrated from the first minute and finish strongly. It's going to be very, very tough, very, very physical."

Belgium, which is trying to win its first major soccer tournament three years after a third-place finish at the World Cup, hasn't lost in 13 games and is the top-ranked team in the world.

The Italians haven't been beaten in a national team record 31 matches, though they were taken to extra time by Austria in the round of 16. "It's a nice challenge to beat them after a run of 31 unbeaten games. I estimate the odds 50-50," said Belgium midfielder Thorgan Hazard, Eden's younger brother and the scorer of the only goal in the team's 1-0 victory over Portugal in the last round.

"It's an advantage that we didn't have to play extra time."

Both teams won all three of their group matches, and with France, Portugal, the Netherlands and Germany all eliminated from Euro 2020, the winner in Munich will certainly be among the favourites for the title.

"We must continue to believe in ourselves," Italy midfielder Jorginho said.

"The most serious mistake would be to think that we've already done something great."

Neither De Bruyne nor Eden Hazard's injury worries are new. De Bruyne fractured his nose and eye socket in a collision with Chelsea defender Antonio R diger while playing for Manchester City in the Champions League final, but the latest problem is a bruised left ankle sustained after a tackle from Portugal midfielder Jo o Palhinha in the round of 16.

"I don't know if De Bruyne will play in the game, but he's definitely a player who makes the difference, with a higher-than-average football intelligence," said Jorginho, a Chelsea midfielder who plays against De Bruyne in the Premier League.

The injury-prone Hazard was also taken off early against Portugal with a hamstring issue. Belgium coach Roberto Mart nez said Monday that both Hazard and De Bruyne were "50-50" for Friday's game.

Belgium has only beaten Italy once before in a competitive game in the 1972 European Championship quarterfinals.

Belgium will have to see Romelu Lukaku turn on the heat, while Kevin De Bruyne should play a decisive role in the midfield alongside Axel Witsel. For Italy, all eyes will be on Ciro Immobile and Lorenzo Insigne for the goals. While Leonardo Spinazzola's cross-field passes will be the one to watch out for.