The Argentine had enjoyed success over Barca in the Champions League in 2014, 2016 and this year’s Super Cup but had never before taken three points off the Catalans since taking charge in 2011 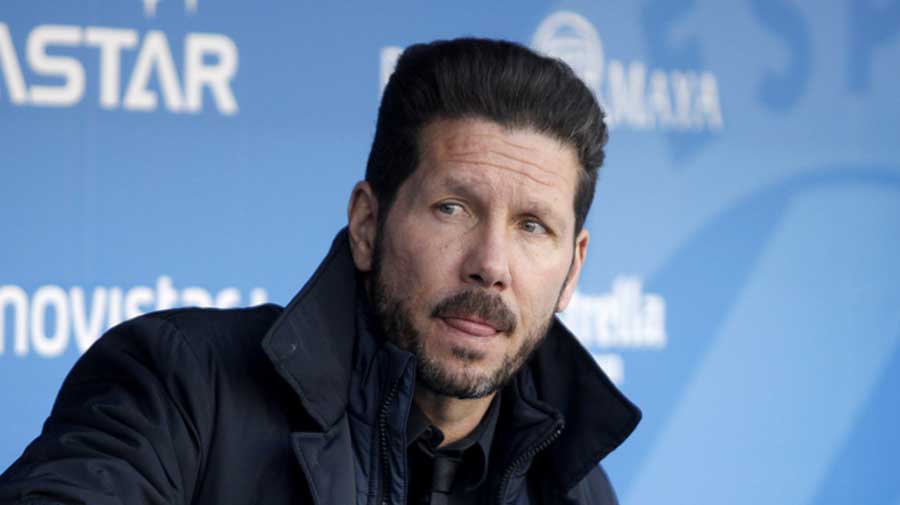 Diego Simeone could finally savour a league victory over Barcelona on Saturday after 10 seasons in charge of Atletico Madrid but refused to discuss whether the 1-0 win proved his side were capable of winning La Liga.

The Argentine had enjoyed success over Barca in the Champions League in 2014 and 2016 and this year’s Spanish Super Cup but had never before taken three points off the Catalans since taking charge of Atletico in 2011.

“We have come very close to beating Barca before. We beat them in Saudi Arabia, we had drawn at their ground and lost by very little here before. Today (Saturday) it was our turn to win, but it won’t change our objectives one bit,” Simeone told reporters.

“The group is in very good shape, I’ve been saying that for a long time and it gives us the belief to keep working hard on what we are doing. ”

Yannick Carrasco, who scored the match-winner, also shunned a question about Atletico’s title credentials, saying his side were only focusing on Wednesday’s Champions League game against Lokomotiv Moscow.

Carrasco’s goal inflicted a third defeat in eight league games on Barca, who are 10th in the standings, nine points adrift of second-placed Atleti and leaders Real Sociedad.

But captain Koke, the only surviving member of that title-winning side, did not rule out the prospect entirely, pointing to the early season problems Barca and champions Real Madrid were having.

“The teams at the top are slipping up right now, so why shouldn’t we dream about winning La Liga?” he said.

Barcelona, on the other hand, were facing an injury crisis after defenders Gerard Pique and Sergi Roberto were ruled out for significant periods following injuries sustained against Atletico.

A Barca medical report said veteran centre back Pique, who limped off the pitch in the second half in tears, had sprained the internal lateral ligament in his right knee as well as sustaining a partial injury to the anterior crucial ligament.