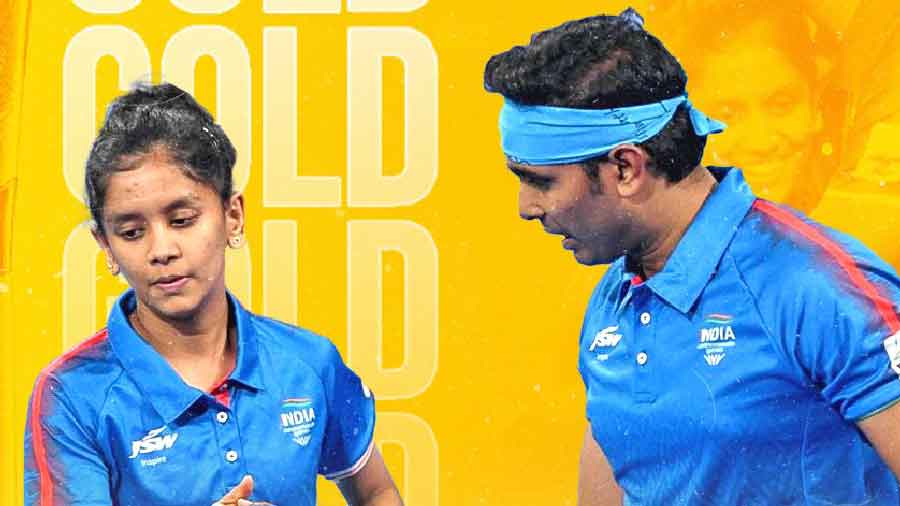 The 35-year-old from Gujarat, who had won a silver at Tokyo Paralympics, prevailed 12-10 11-2 11-9 over Nigeria's Ifechukwude Christiana Ikpeoyi to cap off a superb show at the quadrennial event.

Bhavina reached the world No. 2 ranking by winning the silver medal in the individual category at the 2011 PTT Thailand Open.

Besides, she also won a silver medal in the women's singles class 4 at the Asian Para Table Tennis Championships in Beijing in 2013.

In 2017, Bhavina bagged a bronze in the Asian Para Table Tennis Championships in Beijing.

Para powerlifter Sudhir had also won a gold medal after scripting a Commonwealth Games record in the men's heavyweight.

In para table tennis, classes 1-5 are for wheelchair athletes.