You can't be a role model in this manner: Gambhir slams 'immature' Kohli 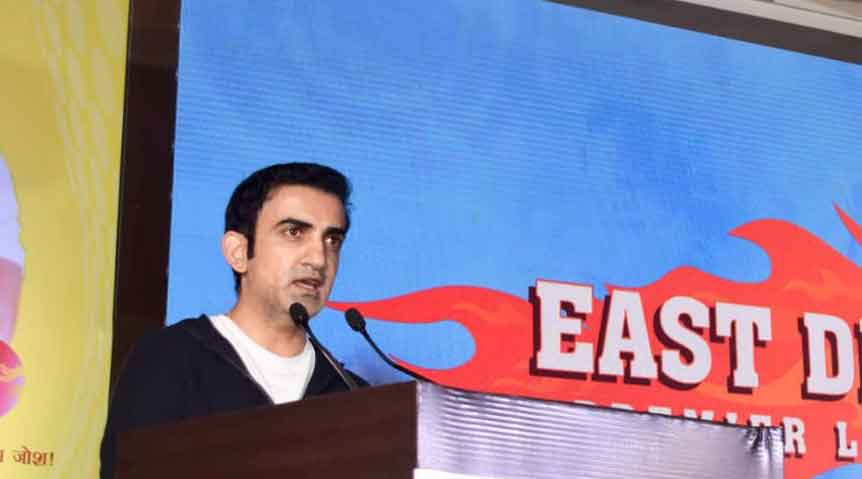 Virat Kohli's outburst against a controversial DRS decision during the third Test against South Africa was "immature" and with such "exaggerated" reaction, the India skipper will never be a role model for youngsters, feels former opener Gautam Gambhir.

Kohli, his deputy KL Rahul and off-spinner Ravichandran Ashwin made some unsavoury comments about umpiring and technology in stump mic after rival skipper Dean Elgar got a massive reprieve due to a contentious DRS decision in the last hour on day 3 on Thursday.

"This is really bad. What Kohli did, going near the stump mic and reacting in that manner, that is really immature. This is not what you expect from an international captain, from an Indian captain," Gambhir told Star Sports.

"That's going on to smash half way up middle though, there is no way that's going over, even Erasmus shook his head," Warne was quoted as saying by Fox Sports.

Gambhir pointed out that Mayank Agarwal too had got a reprieve during the first Test in Centurion but it didn't invite similar response from the South African skipper.

"Then technology isn't in your hand. Then you have reacted in the same manner when there was a caught-behind appeal on the leg-side, neither did Dean Elgar react in that manner. During that Mayank Agarwal appeal, it looked out from the naked eye, but Elgar did not react in that manner," he said.

"I think that is disgraceful from the Indians personally," Vaughan said on Fox Sports.

In the 21st over, Elgar was adjudged LBW by on-field umpire Marais Erasmus when he was hit on the pads by an Ashwin delivery. However, the decision was overturned on review.

Livid with the decision, a fuming Kohli went up to the stumps and said: "Focus on your team as well when they shine the ball eh, not just the opposition. Trying to catch people all the time."

"It's the whole country against 11 guys," said Rahul, while Ashwin slammed the broadcaster: "You should find better ways to win, SuperSport."

"No matter what you say, stuff like he plays with his heart on his sleeve, this reaction was an exaggerated one and you can't be a role model in this manner. No budding cricketers would want to see this kind of a reaction, especially from the Indian captain," Gambhir said.

"No matter the result in this Test match, this is not what you expect from a Test captain who has led the team for so long. I hope Rahul Dravid has a word with him, because the type of captain Dravid was, he would have never reacted in this manner."

Former South African batter Daryll Cullinan also slammed Kohli for his outburst, saying for too long he has got away with such behaviour.

"This is the typical Virat's untouchable, he behaves the way he wants to behave. The rest of the cricket world just bows down to Virat. The powerhouse is India. I hate to say this but it's been going on for years," he said.

"It's just the big suck up towards India and anybody who plays for India. They are untouchable, so everyone will laugh it off."

"I love Virat Kohli, I love his cricket, I love the way he plays. But there has to be a line drawn somewhere to say 'hang on, you must be severely punished'.

"If anything, it was a mistake. I just cannot believe that they could think along those sort of lines. For too long Virat has got away with behaviour which is unacceptable on a cricket field. But he's Kohli and I don't like it, quite frankly."