Advertisement
Home / Sports / Cricket / Yet another defeat and no, it’s not for David Miller

Yet another defeat and no, it’s not for David Miller

For India, other bowlers failed to give necessary support to Bhuvneshwar Kumar, who was simply superb 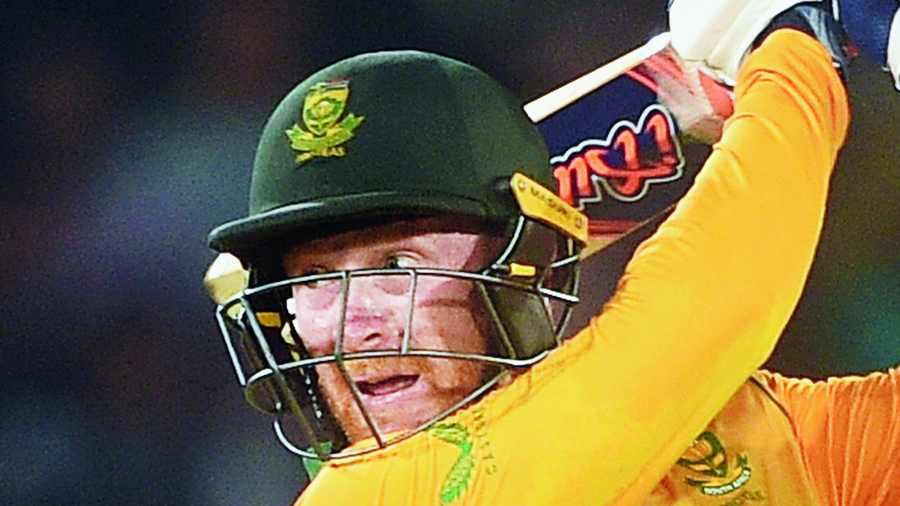 The short of good length deliveries, if executed well, can be very effective even in T20 cricket, a format perceived to be loaded in favour of batsmen. This has been witnessed in both the IPL as well as in several T20Is lately, including last year’s T20 World Cup in the UAE. The second T20I at the Barabati Stadium in Cuttack on Sunday, too, underlined so.

The South African quicks were consistent in bowling that length, restricting India to a modest total of 148 for 6 after winning the toss and opting to bowl.

And thereafter, in spite of Bhuvneshwar Kumar (4/13) bringing India back into the contest, Heinrich Klaasen played a gem of a knock (81 off 46 balls) that helped the Proteas brave the challenging conditions and reach the target with four wickets in hand, taking a 2-0 lead in the series.

Coming in for young Tristan Stubbs, Klaasen, battling intense humidity as well, banked on his power as well as timing to unleash some mind-blowing strokes that took the Proteas home comfortably with 10 balls remaining.

That really didn’t look possible after Bhuvneshwar’s triple strike, which helped India reduce the Proteas to 29 for 3 in the sixth over.

But with captain Temba Bavuma looking settled at one end, Klaasen fancied his chances and his execution turned out to be magnificent. For sure the Bavuma-Klaasen fourth-wicket stand of 64 was pivotal in South Africa’s win as it brought down the required run rate to just over seven.

Even when Bavuma fell off Yuzvendra Chahal’s bowling, South Africa weren’t too concerned as their match-winner David Miller had walked out to the middle. And to make matters easier for the visitors, the classy Klaasen continued with his brilliant strokeplay, being severe on Chahal particularly. He hit the ace leg-spinner for four of his five maximums.

For India, the other bowlers failed to give the necessary support to Bhuvneshwar, who was simply superb with the ball.

Courtesy Bhuvneshwar’s triple strike, India could put pressure on the Proteas in the Powerplay.

Relentless in pitching the ball just short of the good-length area, Bhuvneshwar was also able to move the ball a little bit in, accounting for opener Reeza Hendricks (replacement for the injured Quinton de Kock), the again-promoted No.3 Dwaine Pretorius and Rassie van der Dussen, one of South Africa’s heroes in their victory at the Kotla last Thursday.

Hitting through the line wasn’t easy at all on the Barabati wicket, which was trickier compared to the one used in the series opener in New Delhi.

In the first half, the likes of Kagiso Rabada, Anrich Nortje, Pretorius and Wayne Parnell kept focusing on that length and also dug it a little short on certain occasions that enabled them dismiss Ishan Kishan (34) and Shreyas Iyer (40), who were both set then, as well as the in-form Hardik Pandya.

With quicks getting more assistance, skipper Bavuma was right in bringing his spinners only after the Powerplay. That move paid off as left-armer Keshav Maharaj, with his very first ball, had Pant perishing at the deep in the 10th over of the game.

During South Africa’s run chase, the ball kept low most of the time.