Mithali Raj and team were bundled out for a meagre 134 by England, who recorded their first win in the tournament after a hat-trick of defeats 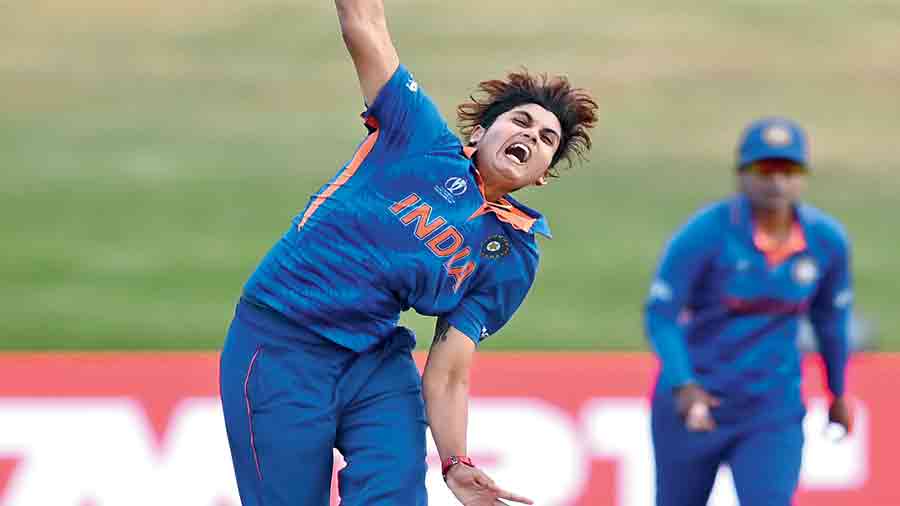 An inconsistent India paid the price for shoddy batting while England infused new life into their title defence with a four-wicket win in a league-stage game of the ICC Women’s World Cup, here on Wednesday.

Indian batters were bundled out for a meagre 134 by England, who chased down the target in 31.2 overs to record their first win in the tournament after a hat-trick of defeats.

India got some runs on the board, thanks to Smriti Mandhana, who top-scored for the side with 35 while wicketkeeper batter Richa Ghosh made 33. With wickets falling intermittently, England bowled out India in 36.2 overs.

India captain Mithali Raj and senior pacer Jhulan Goswami said top-order batters haven’t been performing to the level that is expected of them but expressed hope that they would make amends soon.

Jharkhand entered the Ranji Trophy quarter finals by virtue of their first innings lead in a farcical pre-quarter final against Nagaland at Eden Gardens on Wednesday. The match was over as a contest after Jharkhand scored a mammoth 880 in their first innings. Nagaland, in reply, were all out for 289 and the 591-run first innings lead had effectively ended the game in Jharkhand’s favour.  Brief scores: Jharkhand 880 and 417/6 in 90.3 overs (Anukul Roy 153, Kumar Kushagra 89, Utkarsh Singh 73; Rongsen Jonathan 3/109). Nagaland 289. Match drawn.