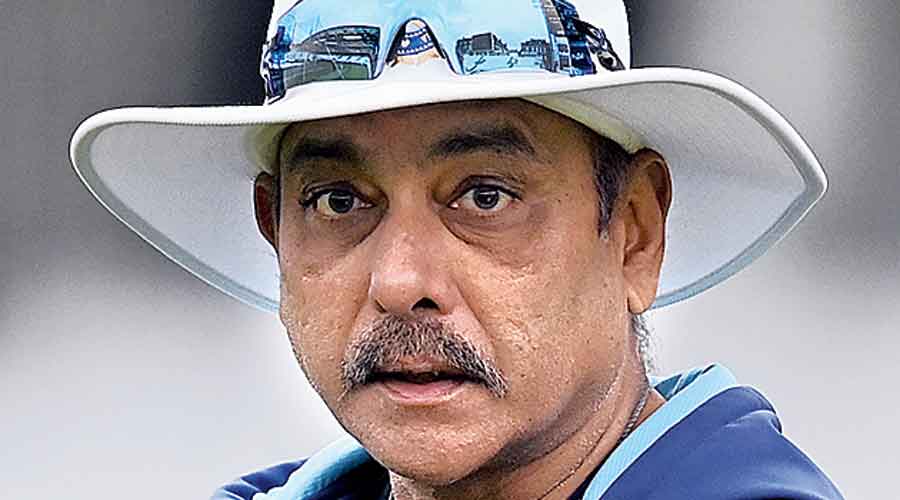 Wasim Akram and Ravi Shastri have rubbed shoulders for nearly four decades, and that's reason enough for the veteran Pakistan pacer to wish for an epic send-off for the outgoing Team India head coach.

Taking to Koo app, the sultan of swing said, "India has nothing much at stake in their final match against Namibia. But there are a few things to look out for. I for one want to see Virat lead for one final time in T20 #cricket. Rohit and Rahul can go really berserk. Bumrah, Shami, Ashwin & Jadeja can strike a few blows. Above all, I want to see a perfect send-off for my good friend Shaz as India coach. Well done buddy on your stint."

That's a sweet way to put it.

India were sent packing from the T20 World Cup after a clinical New Zealand clinched a facile eight-wicket triumph over Afghanistan in their final Super 12 game to claim the last available semifinal spot.

India's slim hopes hinged on Afghanistan upstaging the Black Caps as that would have brought the Net Run Rate into equation and opened the doors for Virat Kohli's men, who only have themselves to blame for the ouster now.

The Kiwis were favourites to win on the day and they hardly put a foot wrong, chasing down a small target of 125 in just 18.1 overs to join England, Australia and Pakistan in the last-four stage.

Sunday's result renders India's final league engagement against Namibia inconsequential. The team was outplayed in its first two Super 12 matches by Pakistan and New Zealand, which proved to be its undoing.