For the Titans, the contest was of academic interest as they had already made the playoffs of this IPL 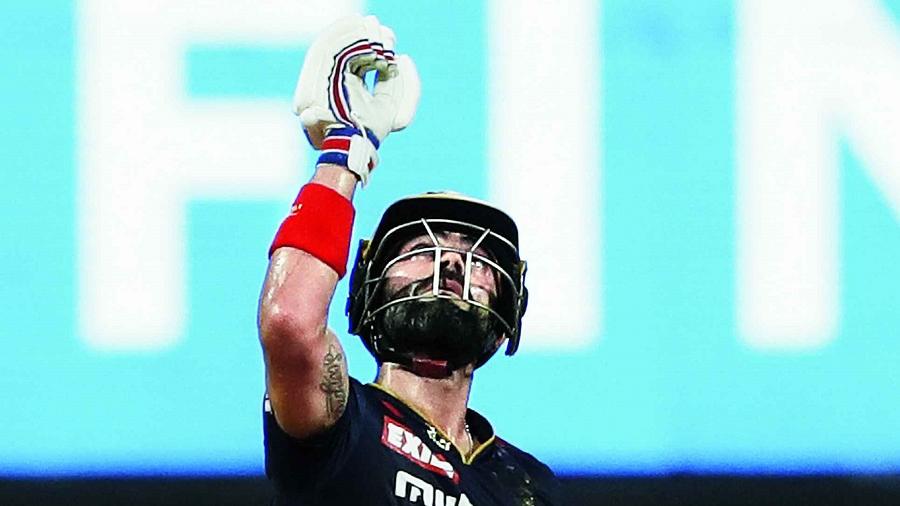 Man of the Match Virat Kohli of Royal Challengers Bangalore reacts after completing his half-century against Gujarat Titans
PTI
Sayak Banerjee   |   Published 20.05.22, 12:53 AM

A genius brings out his best when it matters. That’s what Virat Kohli did in what was a must-win clash for Royal Challengers Bangalore, hitting a compact 54-ball 73 that guided his side to a crucial eight-wicket win versus table toppers Gujarat Titans at the Wankhede in Mumbai on Thursday.

For the Titans, the contest was of academic interest as they had already made the playoffs of this IPL. But RCB had to win it in order to keep their last-four hopes alive. And just when they needed their former skipper to deliver, he came up with an ideal response that eventually helped RCB overhaul the Titans’ 168 for 5 comfortably with eight balls to spare.

It’s after a long time that Kohli managed to deliver a match-winning knock, which should keep the former India captain in a much better state of mind going forward regardless of whether RCB make the playoffs or not.

For RCB to feature among the last four, Delhi Capitals have to lose to Mumbai Indians on Saturday. Delhi have a superior net run rate than that of RCB, so a win for them would take them through even though both teams would finish on 16 points. Besides, RCB’s win on Thursday also meant the end of the road for Punjab Kings and Sunrisers Hyderabad, who are both on 12 points at present.

Coming back to Kohli, he did enjoy a bit of fortune with one or two inside edges missing the stumps by a whisker. But what stood out was his rhythm and assuredness, which had been seemingly missing for almost three years.

The six he hit over mid-wicket off Rashid Khan’s bowling, making use of his strong bottom hand, was very much indicative of Kohli regaining his touch and fluency. That shot was typical of the Kohli at his prime.

He later did fall to Rashid, but only after accomplishing the job he was required to do.

Credit also goes to captain Faf du Plessis (44), who was the perfect foil for Kohli during their 115-run opening stand, before Glenn Maxwell (40 not out off 18 balls) made matters easier for RCB.

Earlier, winning the toss and opting to bat, the Titans rode captain Hardik Pandya’s unbeaten 62 to post a 160-plus total. Hardik, though, was lucky enough to be dropped when on 14 by substitute fielder Suyash Prabhudessai (who came in for the injured Harshal Patel) at the deep off Maxwell’s bowling.

The in-form Wriddhiman Saha, also in the news for his row with the Cricket Association of Bengal, is learnt to have sustained a hamstring injury, with Wade donning the wicketkeeper’s gloves during RCB’s run chase. Saha (31) had again begun well opening the innings, till Du Plessis’ direct throw resulted in his dismissal.