Altogether 20 teams are playing in the tournament 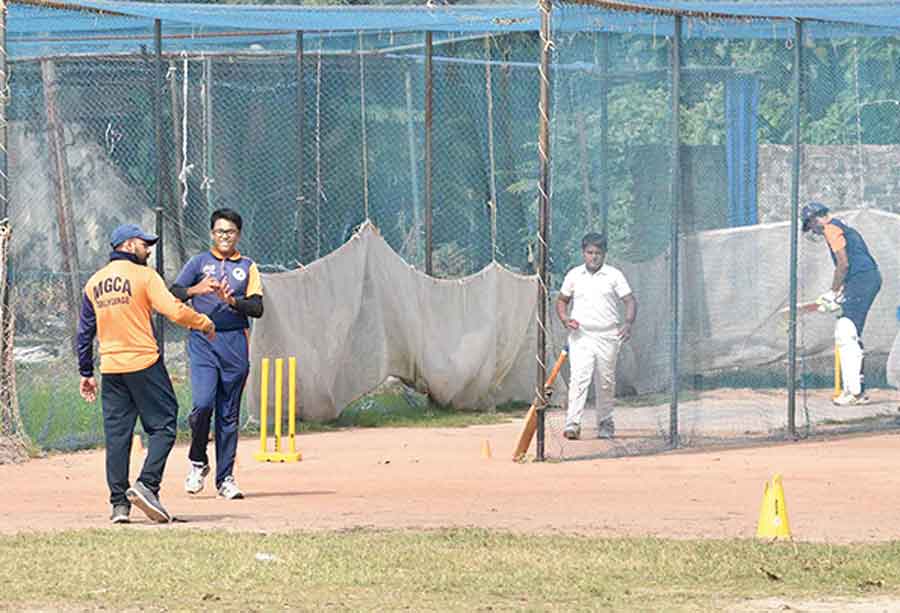 Tollygunge Agragami and its cricket coaching initiative, Mantoo Ghosh Cricket Academy (MGCA), are organising a multi-day U-15 cricket tournament which begins on Wednesday.

“This tournament is intended to present for children a very different challenge from what they are used to, chasing limited-over targets all the time,” Biswajit Mukherjee, cricket coach and technical director, MGCA, said.

“National level under-16 cricket tournaments organised by the Board of Control for Cricket in India (BCCI) are played in multi-day format. The same happens when young cricketers make it to second division or first division league tournaments of the Cricket Association of Bengal (CAB). But most of the U-15 tournaments are played in one-day format. The format of this tournament is intended to address this major deficiency in training and shape young cricketers for the next level of competition,” he added.

Altogether 20 teams are playing in the tournament. Each match will be played over two days. Each team will bat twice and 80 overs bowled in a day, split into three sessions.

Cricket coaching camps of the city and its suburbs such as Mohammedan Sporting, Mainland Sambaran Cricket Academy, Bournvita Cricket Academy, Victoria Sporting and others are participating in this tournament. Host MGCA is to field two teams. A large number of players to take part in the tournament are Bengal under-16 aspirants, who have recently appeared in the CAB-organised trials.

The teams are divided into five groups of four each. Each team will get to play at least three matches at the league stage. The top team from each group will move to the knock-out stage with the top three from among the five directly qualifying for the semi-finals. The fourth and fifth teams will play a qualifier to determine the fourth entrant into the semi-finals.