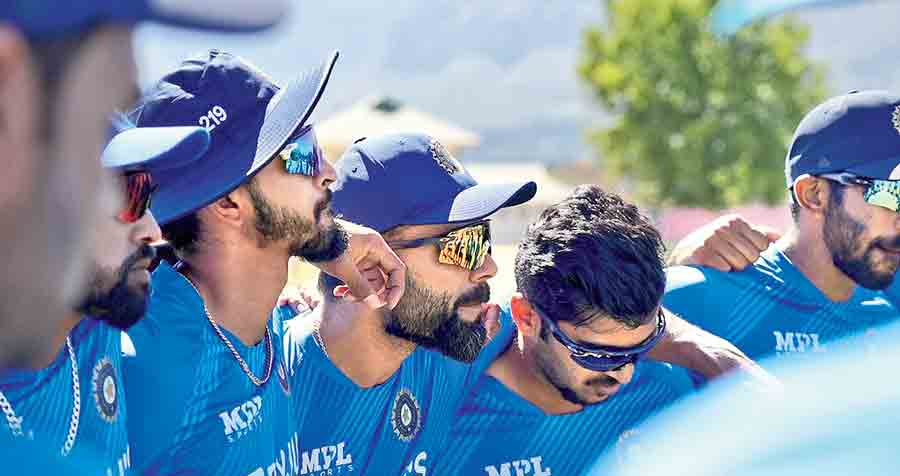 Almost to the day of their Dubai clash last year, India will again take on Pakistan in a blockbuster T20 World Cup opener on October 23 at the iconic Melbourne Cricket Ground.

India had lost to Pakistan for the first time in an ICC tournament when the teams met in last year’s T20 World Cup in Dubai, on October 24.

According to the fixtures released by the International Cricket Council (ICC) on Friday, India’s second Super 12 match in Group 2 will be on October 27 in Sydney against a qualifier (runner up of Group A) and will be followed by matches against South Africa (October 30) and Bangladesh (November 2).

The Men in Blue will play their final Super 12 match on November 6 against the winners of Group B at the MCG.

Hosts and defending champions Australia will play New Zealand at the SCG on October 22 in a re-match of last year’s men’s T20 World Cup final. The Black Caps will also face England at The Gabba on November 1 in a re-match of their epic semi-final encounter at the 2021 event.

In the Super 12s, Australia are in Group 1 with world number one England, New Zealand, Afghanistan plus the winner of Group A and the runner-up in Group B from the first round.  For the first time, the Adelaide Oval will host a World Cup semi-final, on November 10. The MCG will host the final, which will be contested under lights on November 13.

The top two teams from each group will qualify for the Super 12 stage.

ICC CEO Geoff Allardice said: “T20 is the global growth format for cricket and the ICC T20 World Cup 2022 will play a huge role in inspiring our next generation of players and fans as the world’s best players descend on Australia and showcase the very best of our sport.”