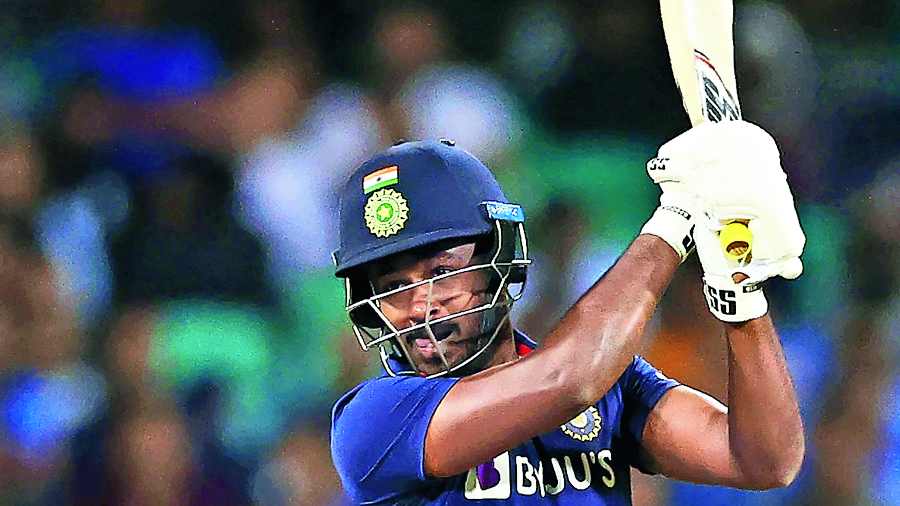 India’s limited-overs scene is crowded with many a talented cricketer, especially the batting department. That is why someone like Sanju Samson has to work doubly hard to find a place in the playing XI.

The wicketkeeper-batsman has his task cut out if he has to earn a berth in the squad for this year’s T20 World Cup. His task begins with the two-match T20I series versus Ireland at Malahide (in Dublin) beginning this Sunday, where, if selected in the final XI, he has to come up with a meaningful contribution.

On his part though, Samson has done his job to keep himself ready and is raring to go if included in the XI of the Hardik Pandya-led Indian team. Not many days after a hectic IPL campaign, where he led the Rajasthan Royals to a runners-up finish, Samson travelled to Dubai to be well prepared for the series.

Till early this week, he had been training in Dubai and working on certain aspects of his game, honing his skills before leaving for Dublin. This certainly underlines Samson’s work ethics, attitude and professionalism.

Critics point out that the 27-year-old hasn’t quite done justice to his skills and abilities and still needs to work on his shot selection. Quite often, even when well set and looking solid, Samson has given his wicket away with a stroke he could have easily avoided. That’s one reason why he gets criticised the most.

However, one aspect of Samson’s game, which is his biggest plus and always keeps him in contention, is his strike rate. In this year’s IPL, where he was the Royals’ second highest run-getter (458), it was Samson’s strike rate of 146.79 that stood out. In the T20 format, strike rate is almost as important as the number of runs a batsman scores.

In India colours, Samson has so far featured in 13 T20Is since making his debut in July 2015, against Zimbabwe in Harare. He has also played an ODI, against Sri Lanka in Colombo last year. Having gained in terms of maturity, Samson can definitely better his numbers in international cricket if he just helps himself, feels former national selector and BCCI general manager Syed Saba Karim.

“It was really very good to see how well Sanju led Rajasthan Royals in the IPL this year. What impressed most of us was his maturity.

“So all he needs to do now is make the most of this maturity and help himself,” Saba Karim told The Telegraph on Thursday.

“Of course, his strike rate is something significant as that’s one of the reasons why he’s always in the fray and the selectors can’t just ignore him. At present, one of the things he may need to work on is batting according to the situation... the rest will be fine then,” Saba Karim stated.