The ACB is doing its best to revamp its corporate and domestic structure, trying to put in place a high performance centre in Kabul with turf wickets 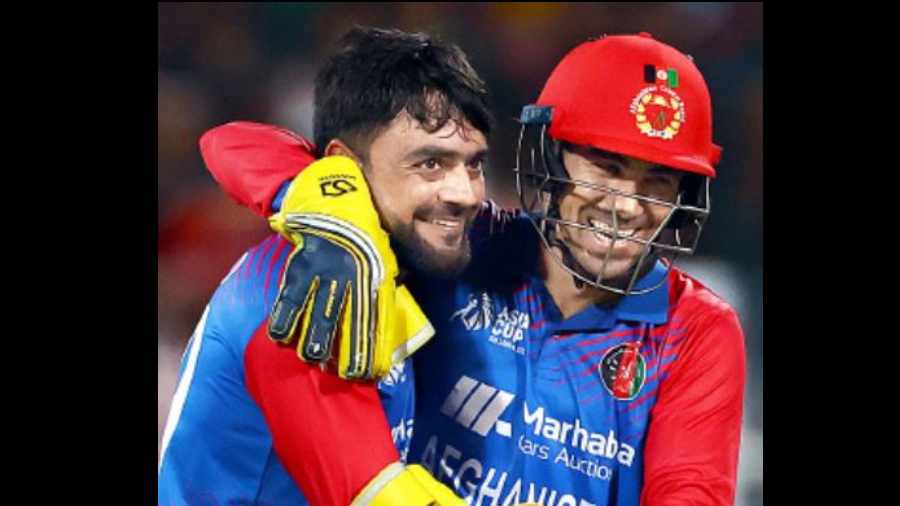 The turmoil following the Taliban takeover of their country had threatened to leave their cricket in disarray.  The Taliban government, though, helped cricket to continue, but corporate sponsorship turned out to be one major concern for the Afghanistan Cricket Board (ACB). But it continues to battle the odds.

The ACB is doing its best to revamp its corporate and domestic structure, trying to put in place a high performance centre in Kabul with turf wickets. Given the manner in which the Mohammad Nabi-led team has been performing lately, particularly in the ongoing Asia Cup, Afghanistan cricket does look to be heading in the right direction.

So far in their Asia Cup 2022 campaign, the Afghans have played with a lot of conviction to win both their games. Sri Lanka got thrashed left, right and centre in the tournament opener, while Bangladesh too were beaten comprehensively en route to their Super Fours qualification.

For sure, it’s their bowlers who have played a leading role in Afghanistan waltzing past the two cricketing nations that are ahead of them in T20I rankings. But some mention needs to be made of their batters as well, especially Ibrahim Zadran and Najibullah Zadran, who both unleashed a flurry of cracking shots on a sluggish pitch at Sharjah against Bangladesh on Tuesday night to take Afghanistan home comfortably.

Even if the Afghans fail to progress further in this Asia Cup, they certainly have made a fair impression on the world cricket fraternity. In spite of all the hurdles back home since last year, the players’ determination to deliver on the cricket field has remained intact.

Fast bowling used to be a problem area for Afghanistan, who have depended on their spinners like Rashid Khan and Mujeeb Ur Rahman, who have both excelled in the IPL as well as in international cricket. But in this Asia Cup, young left-arm quick Fazalhaq Farooqi is the one to have set the tone for Afghanistan when he rocked Sri Lanka’s top order with sheer pace and movement.

“Farooqi has impressed a lot as he executed the plan perfectly,” former Pakistan pacer Umar Gul, now Afghanistan’s bowling coach, told The Telegraph on Thursday.  The addition of Gul, who represented Pakistan in 47 Tests, 130 ODIs and 60 T20Is, to the coaching staff reflects the importance Afghanistan are giving to fast bowling.

“Ever since I joined, I’ve made it a point to develop good fast bowlers so that the younger generation can look up to them just like they look up to the spinners in the side,” Gul emphasised, adding: “Afghanistan have improved a lot since gaining Test status, which is evident in the way every franchise looks to rope in guys like Rashid, Mujeeb and Nabi.”