Bowlers step up to keep India in hunt 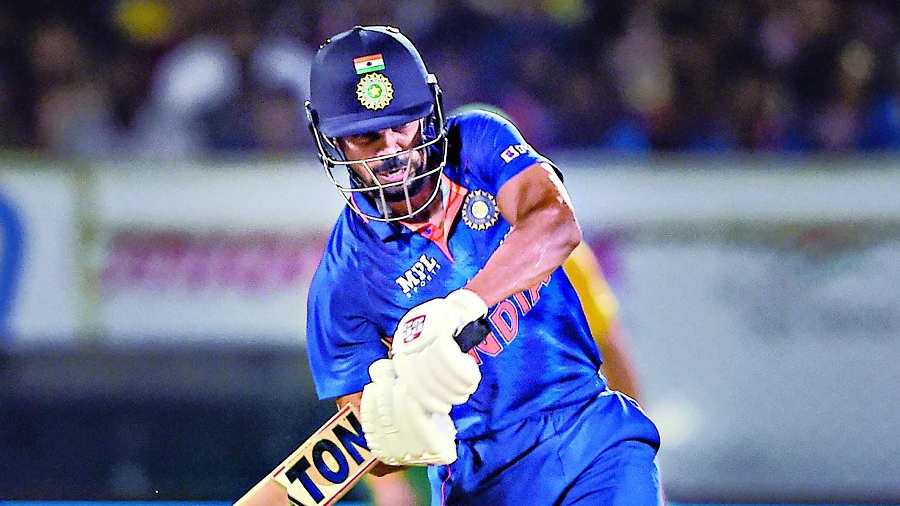 An unchanged India lost the toss for the third time in a row, but unlike in the previous two games, on Tuesday, at the ACA-VDCA Stadium in Visakhapatnam, they didn’t lose the game.

Courtesy openers Ruturaj Gaikwad (57), whose technique for international cricket had been questioned, and Ishan Kishan (54)’s half-centuries, followed by Yuzvendra Chahal’s superb bowling, the hosts beat South Africa by 48 runs and stayed alive in the series.

In reply to India’s competitive total of 179 for 5 after being put in to bat on a pitch having some assistance for spinners, South Africa were all out for 131 in 19.1 overs.

South Africa were the happier lot at the halfway stage of the game though, having restricted India to below 180 even when the hosts had hammered 120-odd by the 13th over. But just what hadn’t happened in New Delhi and Cuttack, India’s spinners tightened the screws in the middle overs in Visakhapatnam, with leg-spinner Chahal bouncing back wonderfully to finish with three wickets for just 20 runs off his four overs.

Getting a fair deal of turn and bounce, Chahal also used his guile to remove Rassie van der Dussen and Dwaine Pretorius before taking the prized scalp of Heinrick Klaasen.

A special mention has to be made of Harshal Patel (4/25), who sent back key man David Miller. Harshal’s well-disguised slower delivery finally brought about Miller’s dismissal after the left-hander’s four unbeaten innings.

The game wasn’t at all a good one for Miller as he had also dropped his Gujarat Titans captain Hardik Pandya (31 not out) earlier at wide long-off region when the latter was only on one. That blip did cost the Proteas a bit as Pandya ensured he made use of that reprieve, finding a few boundaries in the last two overs of India’s innings that helped them cross 170.

Shreyas Iyer’s inability to covert his start, captain Rishabh Pant again throwing his wicket away and Dinesh Karthik’s tame dismissal after being sent in at No.6, ahead of Axar Patel, had hurt India’s case. But the bowlers this time stepped up and that made the difference.