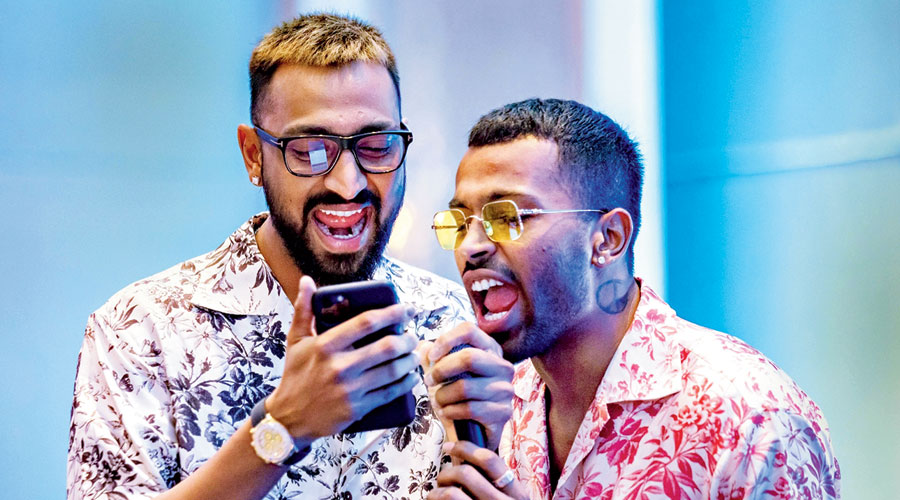 BCCI president Sourav Ganguly on Monday said he was bullish about the success of the Indian Premier League as a TV-only event and expects the T20 extravaganza to shatter viewership records this year.

The IPL is scheduled to begin on September 19 in the UAE.

“Crowds will watch it on television...they (the broadcasters) are actually expecting the highest rating of IPL this season because they believe if (people) don’t turn up in the ground, they will be actually watching on their television sets,” Sourav said while delivering an online lecture as part of the “Symbiosis Golden Jubilee Lecture Series”.

“There is a positive in everything,” he added.

If Sourav is optimistic, the eight franchises, who had earlier faced the prospect of the tournament being wiped out by the pandemic this year, too are taking a “glass half-full” view of the situation.

The IPL’s original March start was scuppered by the first wave of the novel coronavirus and the BCCI had to pull out all the stops to rescue the money-spinning T20 league.

After Vivo paused its title sponsorship for this year’s edition, fantasy gaming company Dream11 took it up for Rs 222 crore, roughly half of the Rs 440 crore the Chinese smartphone maker paid annually.

“The discount provided to Dream11 would be a major (financial) hit for the BCCI, along with making arrangements for the bio-secure bubble which will be an additional cost burden on the board,” Santosh N, an external advisor at Duff & Phelps, said.

The league shares 50 per cent of the title sponsorship money with the eight franchises, who will also miss out on gate receipts and in-stadium revenue this year.

The switch has seen Delhi Capitals lose shirt sponsor Daikin, with the air-conditioning equipment maker saying the new dates did not work for them.

“The reason being the business scenario and the timing, which earlier, being the summer, would call for advertising efforts to create awareness and recall for the AC category,” a Daikin spokesman said.

Capitals chairman Parth Jindal said the BCCI should look at compensating the franchises.

“If the BCCI doesn’t compensate, there will be a significant loss to each franchise, about a 30 per cent drop in revenues,” Jindal told Mint newspaper earlier this month.

BCCI treasurer Arun Sigh Dhumal preferred to look at the bright side.

“When you encounter such challenging times, you are bound to lose on certain revenues,” Dhumal said.

“Looking at the overall picture, everybody should be happy that at least we’ve been able to organise it.”