The Three Lions struggled from the beginning of their chase 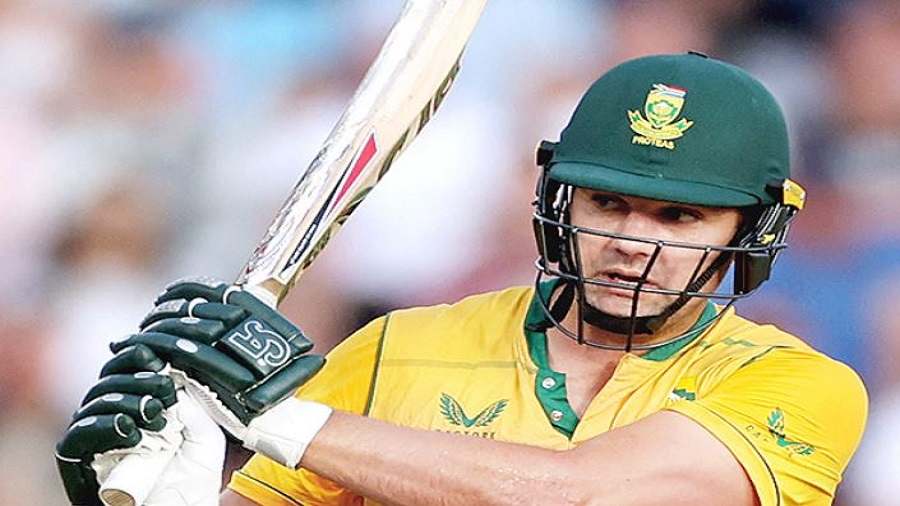 Rilee Rossouw smashed a brilliant unbeaten 96 as South Africa defeated England by 58 runs in the second T20I on Thursday, levelling the three-match series. South Africa were sent into bat and posted a formidable 207/3 in their 20 overs, before restricting the home side to 149 all out in 16.4 overs.

England struggled from the beginning of their chase. Captain Jos Buttler raced to 29 from 14 balls but was the first of three wickets for all-rounder Andile Phehlukwayo (3/39), before the visitors’ spinners put a further brake on the scoring when Tabraiz Shamsi (3/27) and Keshav Maharaj (1/37) removed the remainder of the England top order. Jonny Bairstow was the highest scorer with 30 from 21 balls, but when he was superbly caught by Lungi Ngidi off the bowling of Kagiso Rabada, the game was up.

South Africa’s batting effort was anchored by an excellent unbeaten 96 off 55 balls from Rossouw, who returned to international cricket after an absence of six years in the first game of the series on Wednesday.

He put on 73 with opener Reeza Hendricks (53 off 32 balls) and 64 unbeaten for the fourth wicket with Tristan Stubbs (15 off 12 balls) to see the visitors past 200. Rossouw scored all around the wicket, but was particularly brutal hitting to the shorter straight boundaries and, at the age of 32, looks to have given himself a second chance at an international career with the T20 World Cup in Australia starting in October. Rossouw, who did not field after being hit on the neck, said he is enjoying his current stint with the South African side.

“I am very proud to be selected again (for South Africa), and coming off the Somerset run, I felt could do the job. I tried my best for three figures, but then we got the win.” England captain Buttler regretted his batsmen not converting starts into “match-winning contributions”.  The deciding third game of the series is on Sunday in Southampton.