On dream pitch, Rahul Tripathi to use IPL wisdom

For the batter, a maiden India call-up is in itself 'a special occasion', which he wants to savour 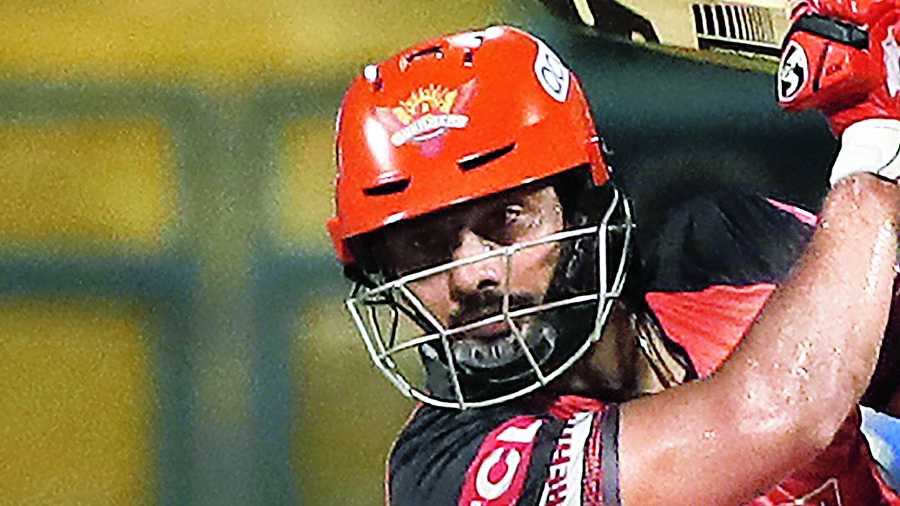 Rahul Tripathi, in the last few years, has played some meaningful knocks in the IPL. He has also been a consistent performer for Maharashtra in the domestic circuit.  His inclusion in the India squad for the two T20Is versus Ireland (in Malahide on June 26 and 28), thus, isn’t much of a surprise. But there’s no guarantee over whether the 31-year-old, who usually bats in the top order, will get to be a part of the playing XI in any of those two matches.

For Tripathi though, a maiden India call-up is in itself “a special occasion”, which he wants to savour.

“I was at the gym doing some running and rehab sessions (on Wednesday evening) before I checked my phone and saw the congratulatory messages that had been sent. It was then that I came to know about my selection,” Tripathi told The Telegraph on Thursday.

“It’s certainly a special phase of my career as I had been trying and working hard for it since a long time.”

Finishing as Sunrisers Hyderabad’s second highest run-scorer (413), after opener Abhishek Sharma, with a healthy average (37.54) and strike rate (158.23), it still wasn’t enough to secure Tripathi a berth in the ongoing T20I series versus South Africa.  “Well, I wasn’t really disappointed with that,” he stated.

“I just had to keep giving my best… I knew, if I keep performing, someday I would definitely get the opportunity.”

In the coming days, Tripathi’s entire focus will be on keeping himself well prepared before the Indian squad leaves for Ireland next week. “What all I did over the last few days, I’ll continue doing that only.

“I’ll try to prepare myself fitness and batting-wise in the best possible manner and keep myself in the best shape,” he stressed.

Tripathi is counting on the positives from this year’s IPL as well as the advice he got from Brian Lara, who has been a part of the Sunrisers coaching staff as their strategic adviser and batting coach.

“We learn a lot every year as we go into the IPL. This year was a newer experience for me going into a new team. So I felt taking the responsibility and winning key moments for the side are something I learnt again this year.

“Most importantly, spending quality time with Brian Lara and Tom (Moody) Sir was also a blessing, while staying calm like Kane (Williamson) has been a learning as well.

“There were quite a few things he (Lara) told me… about how to prepare before a game, shot selection, focusing on proper cricketing shots and reading the conditions well. Some tips here and there from such a legend always help,” Tripathi, who has also played for the Kolkata Knight Riders, said.

Harshal Patel stays ‘a step ahead’