Dhoni stumps all, goes with a song

While his Instagram post didn’t specify anything, it is expected that the retirement is only from international cricket 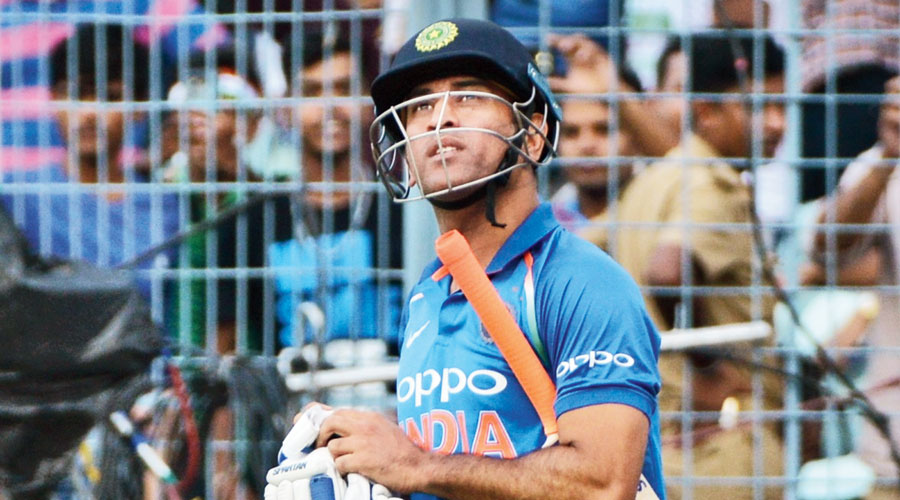 Mahendra Singh Dhoni announced his retirement from international cricket on Saturday in a message posted on Instagram. “Thanks a lot for your love and support throughout. From 1929 hrs consider me as Retired,” he wrote, with a video montage that had images from his 15-year career.
File picture
Our Bureau   |   Calcutta   |   Published 16.08.20, 01:49 AM

Mahendra Singh Dhoni, one of world cricket’s most successful captains who led India to two World Cup victories and one Champions Trophy triumph, put an end to months of speculation on Saturday by announcing that he was retiring, thus bringing the curtains down on a glittering career that lasted more than 15 years.

Dhoni, 39, took to Instagram to make his announcement, putting up a slideshow of images from his career to the soundtrack of Mukesh’s Main pal do pal ka shayar hoon.

“Thanks a lot for ur love and support throughout.from 1929 hrs consider me as Retired,” he wrote.

During an Army function a few years back, he had sung the same song saying the lines were “relevant” to his sport. “There will be someone who will play better than me in the coming days,” he told the jawans while explaining the relevance of the song in his life.

Dhoni is the only captain to lift all three ICC trophies — the 50-over World Cup in 2011, the inaugural T20 World Cup in 2007 and the Champions Trophy in 2013 — besides taking India to the top of the ICC Test rankings.

While the post didn’t specify anything, it is expected that the retirement is only from international cricket. Dhoni will lead Chennai Super Kings in the forthcoming IPL in the UAE. CSK’s chief executive had recently said they expected him to play till at least 2022.

Dhoni’s final international will remain his 350th ODI — the World Cup 2019 semi-final loss to New Zealand at Old Trafford where he was run out for 50. He also played 90 Test matches and 98 Twenty20 Internationals in an international career that began in December 2004.

His statistics are formidable: more than 15,000 international runs across formats, 16 centuries and more than 800 victims as wicketkeeper.

He though will be remembered as a captain who never lost his cool in the face of adversity. His unconventional style and ability to handle pressure was best exemplified during the 2011 World Cup final at the Wankhede, when he scored a match-winning 91 not out and sealed it with a six.

“It is the end of an era. What a player he has been for the country and world cricket. His leadership qualities have been something which will be hard to match, especially in the shorter format of the game,” remembered his first captain and current Board president Sourav Ganguly.

“His batting in one-day cricket in his early stages made the world stand up and notice his flair and sheer natural brilliance. Every good thing comes to an end and this has been an absolutely brilliant one.

“He has set the standards for the wicketkeepers to come and make a mark for the country. He will finish with no regrets on the field. An outstanding career; I wish him the best in life,” Sourav said.

Dhoni had quit Test cricket after the Melbourne game in December 2014.

The speculation over his future intensified after the former captain had taken a break following the ICC ODI World Cup last year and joined his unit in the Territorial Army, where he is an honorary lieutenant colonel, for a short stint. He made himself unavailable for the limited over series against the West Indies in the Caribbean and South Africa at home.

“Every cricketer has to end his journey one day, but still when someone you’ve gotten to know so closely announces that decision, you feel the emotion much more.... The world has seen achievements, I’ve seen the person. Thanks for everything skip. I tip my hat to you @msdhoni,” Team India captain Virat Kohli tweeted.

Sachin Tendulkar tweeted: “Your contribution to Indian cricket has been immense, @msdhoni. Winning the 2011 World Cup together has been the best moment of my life. Wishing you and your family all the very best for your 2nd innings.”

“It was nothing but lovely playing with you, mahi7781 . With my heart full of pride, I choose to join you in this journey. Thank you India. Jai Hind,” the 33-year-old Raina posted on his Instagram page. 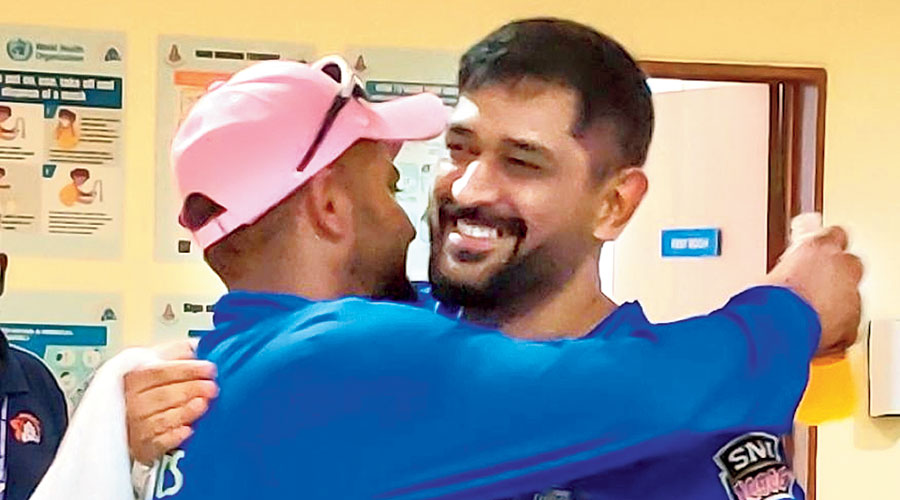