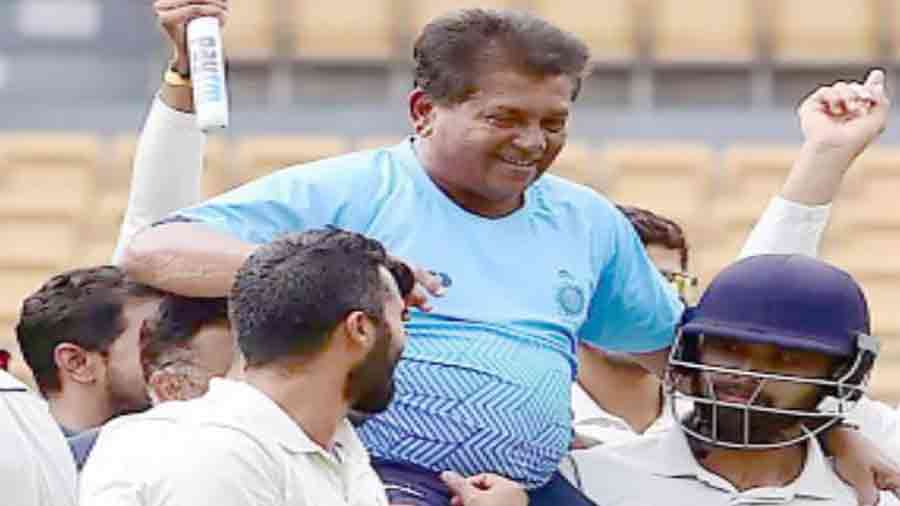 This will be Pandit’s first assignment with an IPL franchise. The Knight Riders, however, remained silent on the duration of his contract.

Pandit will be KKR’s first Indian head coach and will team up with his one-time Mumbai protégé Abhishek Nayar (assistant coach) and Bharat Arun (bowling coach).

The 60-year-old Pandit will also reunite with Knights captain Shreyas Iyer with whom he forged a partnership since the batter’s U-19 days. When Mumbai won the Ranji title in 2015-16, Shreyas topped the scoring charts with 1321 runs, including a match-winning century in the final against Saurashtra.

“I have heard from players and others who have been associated with the Knight Riders about the family culture as well as the tradition of success that has been created,” Pandit said in a statement.

“I am excited about the quality of the support staff and the players who are part of the set-up, and I am looking forward to this opportunity with all humility and positive expectations.” Knight Riders CEO Venky Mysore was optimistic aboutPandit. “We are very excited that Chandu is joining the Knight Riders family to lead through the next phase of our journey,” Mysore said.“His deep commitment to what he does and his track record of success in domestic cricket is there for everyone to see. We are looking forward to his partnership with our skipper Shreyas Iyer which promises to be an exciting one.” However, it remains to be seen how Pandit, known to be a tough taskmaster, adjusts to the cut-throat competition and result-oriented nature of the IPL.