All the players, except Pant, are leaving for England early Thursday for the July 1-5 contest 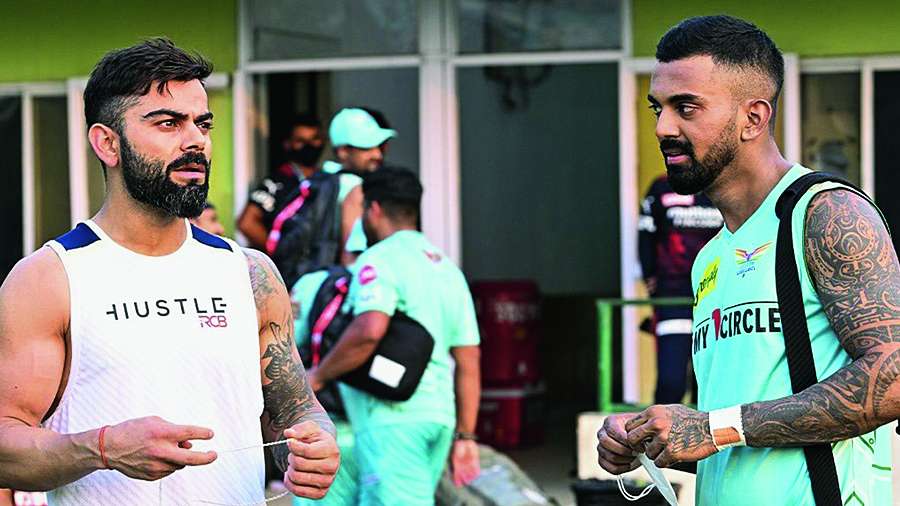 Senior opener KL Rahul is all set to miss the 'fifth' Test against England in Birmingham next month as he is unlikely to recover from a groin injury that forced him out of the ongoing T20I series against South Africa.

In another development, Hardik Pandya is likely to captain the white-ball squad in England as Rishabh Pant, who is currently leading the T20 side, will join the Indian Test squad in UK only after the South Africa series.

"Rahul has not recovered from his groin injury. The Test squad members are assembling in Mumbai today and will fly out midnight. Rahul is not travelling with the team. He will take some more time to recover although he might appear in a fitness test during weekend. Chances of recovery aren't looking bright," a BCCI official privy to development told PTI on the condition of anonymity.

All the players, except Pant, are leaving for England early Thursday for the July 1-5 contest, notable being skipper Rohit Sharma, Virat Kohli, Cheteshwar Pujara, Jasprit Bumrah and Mohammed Shami.

It is understood that since there is only one Test match, which is a spill-over from the 2021 series, the selectors are still not thinking about KL Rahul's replacement as of now.

"You have Shubman Gill, who has opened in most of his Test matches. Else, Cheteshwar Pujara can also open the batting, in case there is any fitness issues for any of the two openers. It was a 17-member squad and 16 will be going. So that's not a problem," the source added.

Hardik in line for captaincy in Ireland

It has been decided that Pant will not be playing the two T20 Internationals against Ireland and hence Hardik, who is his deputy for the South Africa series, is expected to lead the side.

"While there is Dinesh Karthik, who is the senior-most player in the squad along with Bhuvneshwar Kumar, it was Hardik, who was Pant's designated deputy and hence favourite to lead," the official added.

In Pant's absence, India have two keepers in Ishan Kishan and Karthik in the squad.

There won't be too many changes to the squad that is currently playing against South Africa and hence chances of Mohsin Khan or Rahul Tripathi look dim.

Bowlers step up to keep India in hunt