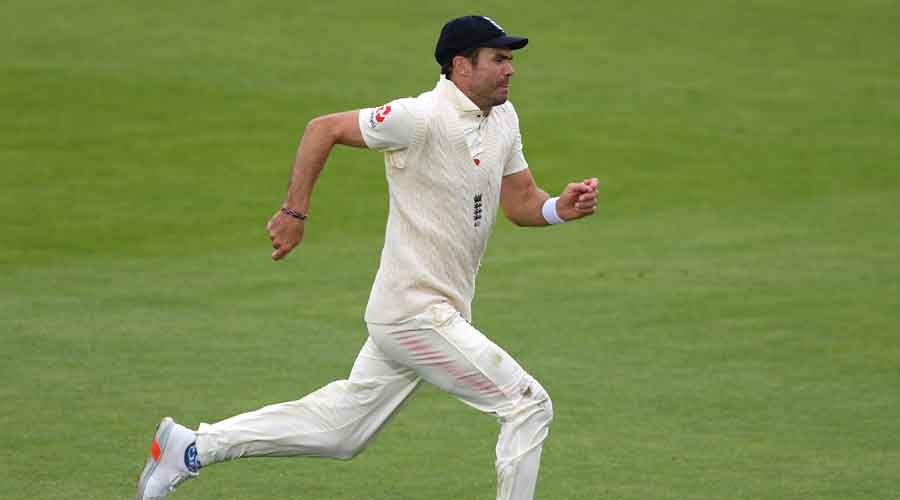 James Anderson during the third day of the third cricket Test match between England and Pakistan, at the Ageas Bowl in Southampton, on Sunday
AP
Agencies   |   Southampton   |   Published 24.08.20, 02:13 AM

James Anderson’s 29th five-wicket haul helped his tally to 598 Test scalps as England took a massive 310-run first innings lead on Day III of the third and final Test at the Ageas Bowl.

England had enforced the follow-on after Pakistan’s first innings ended at 273, helped largely by captain Azhar Ali’s unbeaten 141. But just as the players were about to return to the ground after the innings break, light started fading and forced early stumps.