India vs WI, 3rd ODI: Chance for Men in Blue to explore options

The visitors, on their part, would hope regular skipper Kieron Pollard returns to the XI 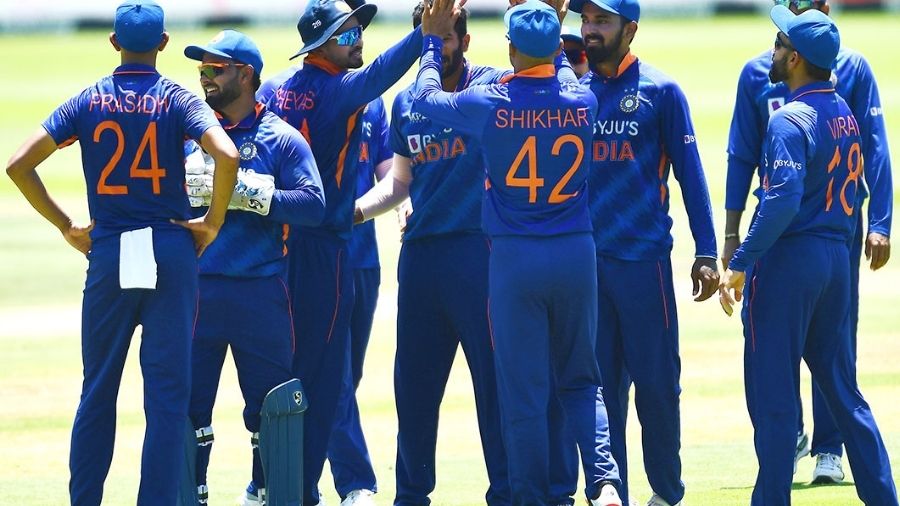 For India a series sweep would further provide them with some important Super League points
File Photo
Our Bureau   |   Published 11.02.22, 02:46 AM

With India already having wrapped up the series with an unassailable 2-0 lead, their third and final ODI versus the West Indies at the Motera stadium in Ahmedabad on Friday has now been reduced to an inconsequential game.

However, if looked at from the World Cup Super League point of view, both teams have something to look forward to from this game. For India, who are now placed third in the Super League table (with 69 points), a series sweep would further provide them with some important points.

The Windies, on the other hand, are lying low at No.8 with 50 points. No wonder a win on Friday should bring in some relief and boost their morale before the three-match T20I series that begins from Wednesday at Eden Gardens.

Having won both the matches, India can afford to explore options and look to rest some of their regulars, including Virat Kohli. The former captain looked a tad out of sorts, especially in the second ODI, where he tried to boss against short-pitched bowling and perished almost immediately.

With Shikhar Dhawan set to be back at the top order after recovering from Covid-19, it may not be unwise if the team management thinks of giving a short break to Kohli. In terms of their bowling attack too, India may look to give a chance to one of their reserves.

The Windies, on their part, would hope regular skipper Kieron Pollard returns to the XI.